A large group who witnessed the Christchurch mosque shootings fear people like them have been forgotten about.

Worshippers at the Linwood mosque said many of those who saw the shooting unfold had struggled just like those with physical injuries, through the mental trauma they had suffered.

They said the millions that had been fundraised to help victims should instead be shared evenly between the bereaved, the injured and witnesses.

Abdul Aziz, who was credited with preventing further deaths by confronting the gunman, knew of one man who had only been back to the mosque three times because he was terrified of a repeat incident.

"Last year, all the 30 days of Ramadan, he was with us ... this year we could see him only three times.

"I asked him, 'brother, why?' [and] he said 'I am still scared to get out of my house and because I think somebody's coming to kill my kids and kill me'. You know that sort of thing it shows, you know, they're more wounded than a lot of other people."

Witnesses were often struggling as much if not more than some of those physically injured and should be paid the same as them, Mr Aziz said.

He plans this week to present a 50-strong petition to local MP Megan Woods asking for this to happen.

"Always, when I was [looking] in the media and everywhere I just heard deceased and injured. They [witnesses] are injured as well. They're mentally injured."

Like everybody at the masjid, Azam Ali was struggling to move on with life, with memories of that fateful day still very fresh.

"A wound heals, a scar heals. But what you see you can't erase it ... I know there's kids over here. They are five or six years old. They were here on the day and over Ramadan, I've seen them when there's a bit of a noise, I see a five-year-old kid go like this [ducks head]."

Mr Ali drove trucks for a living but knew he was still in no state to get back behind the wheel of a 30-tonne vehicle.

Extra financial help from Victim Support would help to take the pressure off after weeks of not working, he said.

He also knew of others who, not being eligible for ACC, had no choice but to go back to work.

Many of those spoken to made the point that somebody who injured an arm while jumping a fence to flee the shooter was getting more money than somebody who witnessed truly horrific events.

"My dad ran outside, so I ran outside with him because you know ... you just don't think in the moment and I was trying to throw rocks to get him [away from] my dad and he shot twice at me. I was able to dodge it and my dad dodged one [shot from] the car ... which is scary because you don't know what is going to happen."

Mohammad Sameer, who feared for the life of his father and his three siblings, including his five year-old-brother, still had flashbacks.

"While I was outside, I've seen three dead bodies in front of me. I've seen where the bullet entered the back of their head. Like it's just pretty hard. And I've seen the gunman face to face. He shot at me three times." 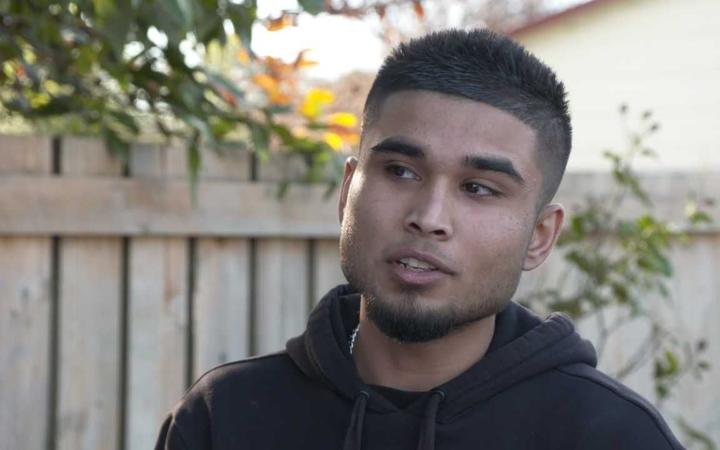 Ultimately it was about respecting the wishes of the thousands of people who donated their money, he said.

After being criticised for not consulting closely enough with the people they were trying to help, Victim Support held meetings with the Muslim community in Christchurch asking how they thought the money should be divided up.

The last tranche of money did include witnesses for the first time, even if it was much less than the amounts paid to the bereaved and injured.

The final payment was due to be handed out by the end of this month with a decision yet to be made on who would get what.

Those spoken to at the Linwood mosque were speaking out now in the hope Victim Support would hear their plea for equal recognition.