Calls for Israel Folau to be sacked over homophobic comments

Australian rugby player Israel Folau is once again facing calls that he be sacked after controversial comments made online. 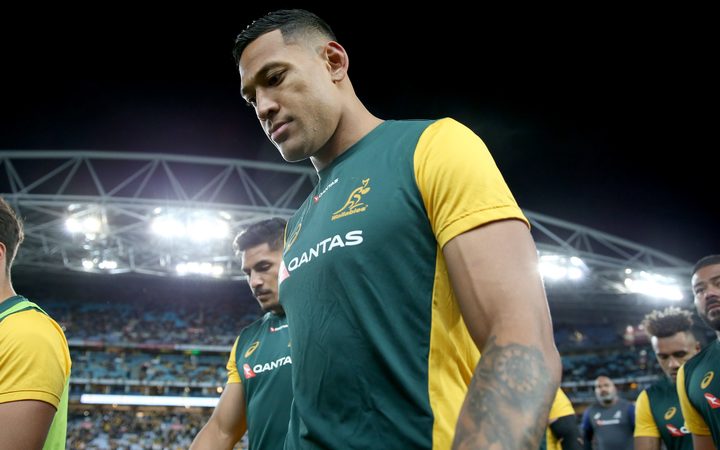 After escaping sanctions from Rugby Australia for anti-gay comments last April, there are renewed calls for the industry body to take a hard stance.

Just hours earlier, he tweeted an image of an article about Tasmania making gender optional on birth certificates - saying the devil had blinded many people, and telling them to repent and turn away from evil ways.

Between the two social media platforms, he's followed by over 435,000 profiles - many of whom have ridiculed and opposed his views.

The chair of rainbow and inclusive rugby side the New Zealand Falcons, Anthony Russell, said comments like that needed to be challenged.

"When I actually saw this thing this morning I thought why are [the media] just tossing this thing out again? It wasn't until a little while later I realised it was actually a new one and I thought 'by God I can't believe he's done it again'.

He said he was shocked by the comments, labeling them "reckless".

"You've got to wonder how somebody like this, who has been hauled over the coals before for doing this and hiding behind 'oh it's my religion, I have the right to say this' - just no. In the public space you have responsibilities and this kind of outpouring of this sort of bigotry is very, very damaging. He's got responsibilities and if he can't keep his opinions in check in a public space then why's he there?"

While sport had undergone some great change for good, Mr Russell said there were pockets of bigotry and some in the rainbow community still felt unsafe.

"You can't necessarily say because of this people are going to do stupid things, but you can't take away from the fact that the rainbow community has the highest suicide risk in our community, and this sort of outburst just doesn't help vulnerable people."

Folau's social media feeds are full of religious posts, including inviting people to join him at The Truth of Jesus Christ church. The Sydney-based church frequently posts live video of its services on its Facebook page, including a sermon by Folau last month in which he talked about repentance.

"What we'd be calling for is that he be removed,' he said. "We'd argue his comments are now in the realm of hate speech."

Mr Karetai said they made people feel unsafe and unaccepted.

"My concerns actually go right back to the young person hearing or reading those comments and making sure they're safe. So I don't really buy the notion that this is just religious and you can hide behind the religious contexts because actually the religion and the God I'm aware of is a loving god and an accepting god, not someone who hates us, not someone who wants to destroy us.

"[Folau] is a leader in our community, he is meant to be a mentor - somebody we're supposed to look up to - and he's an ambassador of rugby, and he does not show the values or rugby or sport."

Folau courted controversy last year after posting a link to a video that warned against tolerance of same-sex marriage. This time last year he suggested on Instagram that gay people would go to hell unless they repented.

After that earlier controversy, Rugby Australia opted not to sanction Folau despite sponsors - including Qantas - raising concerns over his views.

Sydney Morning Herald journalist Peter FitzSimons, who is also a former Wallaby international, said this time they had no choice but to stand Folau down.

"After everything Australian Rugby went through last year, all of the agony, sponsors threatened to tear up contracts, fans turning away, volunteers saying I don't want to be in a game where this is allowed to go on. 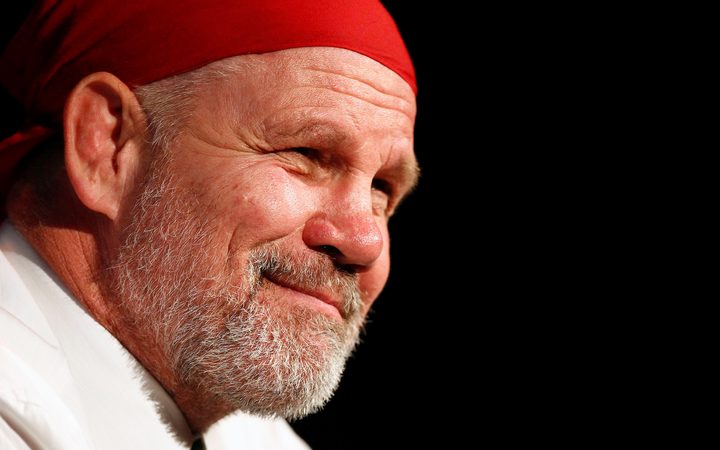 "Australian Rugby has no choice, they have to stand him down until such time as he repents."

He said while last time Folau could plead ignorance about limits on his social media posts, or the damage done, the same couldn't be said now.

"Folau is well known for, among other things, scoring breathtakingly brilliant tries at which point he frequently points his finger to the heavens and says effectively 'thank you God'. In this case he's lifting his middle finger to rugby, to sponsors, to fans, to volunteers, saying 'I know how much hurt, how much agony rugby went through last year. I don't care, I'm going to do it anyway'".

"I can't tell you how many tweets, emails, phone calls, texts, I've had from solid Australian Rugby people saying this far and no further; we're not doing this anymore."

After last year's high-profile controversy, FitzSimons said many in the Australian rugby community believed Folau had "got it".

"Folau's admired, he's an extraordinary player and his persona beyond this stuff is fairly well liked. He's a shy, well-spoken person. But then he comes out with this stuff. Let's call it for what it is: ludicrous, medieval nonsense and damaging, seriously damaging."

"That, I am told, is the message that got through to Folau at that point and he did shut the hell up. Now here we are just a few months out from a World Cup and our best player - who is on between $1 million and $2m a year - has once again engulfed Australian rugby in a shit-fight we don't need."

FitzSimons said that at the end of the day, beyond the damage to rugby and its fans, the main damage was the homophobia.

"We're nowhere near New Zealand in terms of our progressive understanding of things but we're getting there. We in Australia - particularly in rugby - are saying we're not doing that anymore and if you insist, Israel, on doing that you can no longer be a part of Australian rugby; good luck and goodbye."