Some family members of the mosque shooting victims are struggling as they're not eligible for ACC cover, while access to donated money is delayed due to "cultural and language differences". 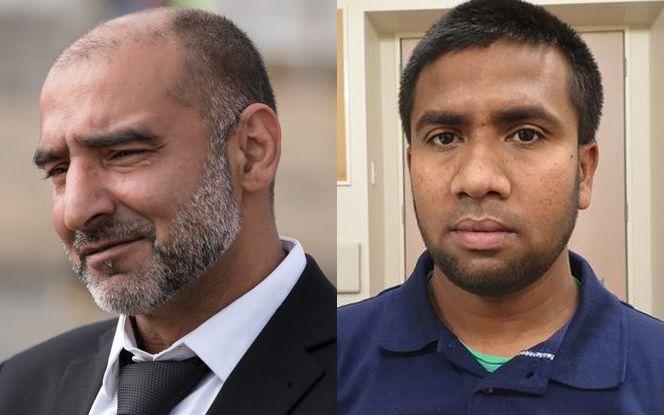 Mohammed Mashud - who has been at the bedside of his paralysed wife for up to 18 hours a day - has not been able to return to work, but will not receive anything from ACC to cover his lost wages because he was not injured himself.

Yama Nabi faces a similar dilemma. He was running late for Friday prayers at Al Noor mosque and avoided being shot by just minutes.

His father, Haji Daoud Nabi, was among the 50 who lost their lives that day.

Mr Nabi saw many of the dead and injured as he searched the mosque for his father and said he's had trouble sleeping ever since.

"Seeing all that tragedy, what's been happening, running towards the mosque, and seeing a body, [then] another body and all of these things, the brothers have to see their Dad in that state, I have not done well."

Mr Nabi said he wasn't ready to return to his job as a halal butcher due to fears the amount of blood he had to deal with in his work would trigger flashbacks of that day.

He went to his doctor who gave him a form to hand in to ACC, but the agency said it couldn't help him with his lost wages.

"They said you're not a victim or you weren't at the mosque and they declined the application."

Millions of dollars have donated by ordinary New Zealanders for the victims and their families.

So far $2.7 million had been raised by the Islamic Information Centre and $4.8m by the Christchurch Foundation.

The largest amount - $9.44m - had been donated to the Give a Little campaign started by Victim Support.

Of the latter, just $1.6m had been paid directly to victims and their families to cover a range of costs.

The Pakistan Association of New Zealand had been acting as a go-between to help the money get to where it was most needed.

Head Asim Mukhtar said any delays were often due to cultural and language differences.

In his experience, Victim Support had been amenable to helping meet the living costs of family members who were struggling to get back to work.

RNZ understands the government is considering broadening the definition of who is eligible for mental trauma funding under ACC, but whether that extends to people such as Mr Nabi remained to be seen.

A Victim Support spokesperson said emergency grants had already been given out to families, $5000 for each person hospitalised and $15,000 for the families of each deceased person.

But in some cases, such as Mr Nabi's, that hadn't stretched far enough to cover lost wages.

Victim Support said there will be a variety of views on how the remainder of the money is spent and "getting this right is going to take some time".