Ninety-five-year old John Sato caught four buses to join the march against racism in central Auckland at the weekend.

He shared his story with RNZ reporter Chen Liu. 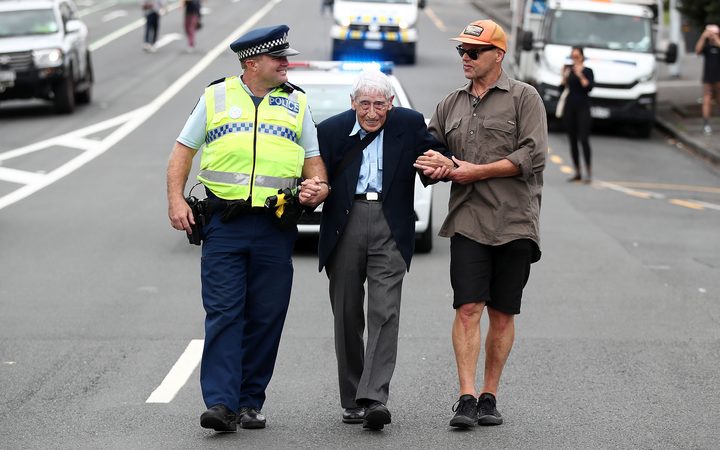 After the Christchurch mosque attacks, New Zealand saw some of the best of humanity.

People took to the streets in solidarity with the victims, and to stand up against hate and racism.

In amongst the crowds at a rally in Auckland was 95-year-old John Sato.

The image of him (above) went viral. To find out more about John, RNZ's First Up programme visited him for a hot chocolate, some biscuits and a natter.