Shooting survivor won’t ever step foot in a mosque again

As police work hard to re-open Linwood mosque, at least one worshipper says he will never be able to pray there again after the mass shootings and is too scared to go any mosque.

Tofazzal Alam went to the Linwood Avenue mosque every week for Friday prayers and tried to never to miss a day, but he says all that has changed and he's now afraid of strangers.

Mr Alam said on the day of the shootings, the car park was packed and at first he thought someone had crashed into the line of vehicles filling the mosque driveway.

But moments later he realised someone was attacking them.

Mr Alam said he felt he could not go back to the mosque, or any mosque, after the trauma he suffered there.

"No, I can't go there anymore," he told Checkpoint. "I feel really afraid. I will pray at home... It is really important to pray at a mosque, but if I go to the mosque I may be unable to concentrate.

"I will be remembering all the incident that happened there in that place."

"What I did was hold him very strong and took him to the ground and covered him, so he wasn't standing, because people who were standing got bullets," he said.

"There was screaming, there was crying and there was glass everywhere."

He said he remained inside the mosque and chose not to run outside as he feared there were more gunmen possibly lurking outside too.

Mr Alam called his wife and others while on the ground to inform them what was happening, so they could contact the police.

"I called her and said 'could you please send the police, someone is killing us here at the mosque'."

He said he could not sleep for the first two days after the incident and when he did sleep he dreamt of the faces of some of the worshippers killed in the mosque, as he had been close to them.

"They were really good people, they were innocent and the killer didn't give them any chance at all.

"When the shooting was going on, from the women's room, women they were screaming and shouting 'please don't kill us', but still the killer shot them very closely, and it was horrible." 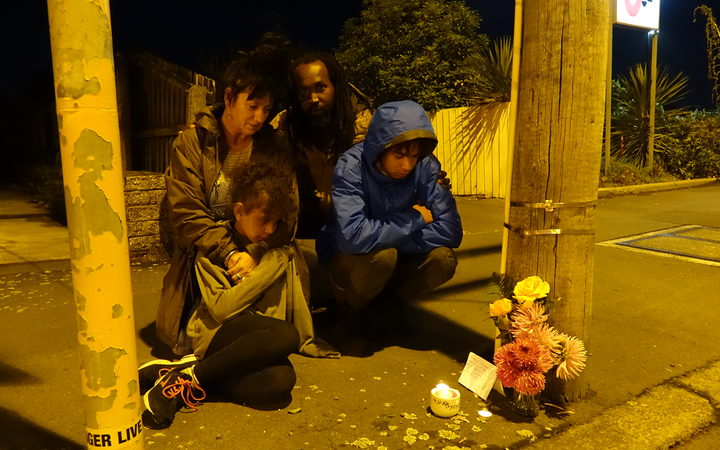 A family places flowers outside the Linwood mosque after the attack. Photo: RNZ / Conan Young