Roses, flowers and cuddly toys - they're the go-to gifts for Valentine's Day every year.

But some couples decided to ditch the cutesy stuff and instead expressed their love with a harder edge.

At the Sweet Axe Throwing Company in Wellington, Cupid is throwing axes instead of shooting arrows at two sold out Valentine's Day events. 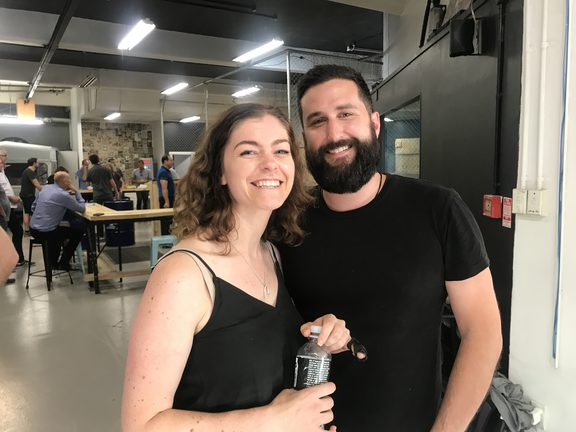 Couples competed in a round-robin tournament against other lovers, throwing the axe at a bullseye, racking up points.

So did some healthy, competitive axe-throwing hit the romantic target for these lovers?

Margaret surprised her partner Matt with the special date night, but he was stoked with the "different but romantic" event.

While Gabrielle's partner picked axe throwing for the evening to break away from normal traditions.

"It was something that was really different, not that the traditional things are bad, but this seemed really fun," said Gabrielle.

The events drew crowds of 30 people each night, made up of couples, buddies and 'Gal-entines'. 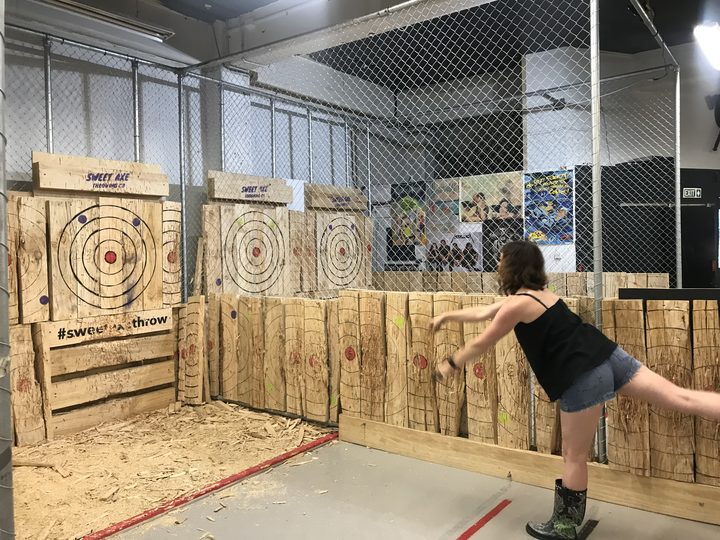 The co-owner of the Sweet Axe Throwing Company, Sarah Hilyard, said it was all about aroha.

"A bit of friendly competition, or cheering behind your partner, it's all a bit romantic here" she said.

But while couples were busy throwing axes - other ladies are ditching their partners for a girls trip away.

For the boys? They're going it alone too - heading for tropical party hotspots like Bali and Thailand for a lads only affair.

A survey by Toi Toi Winery shows Kiwi millennials are ditching the day completely with 75 percent choosing "me time" or dinner with friends. 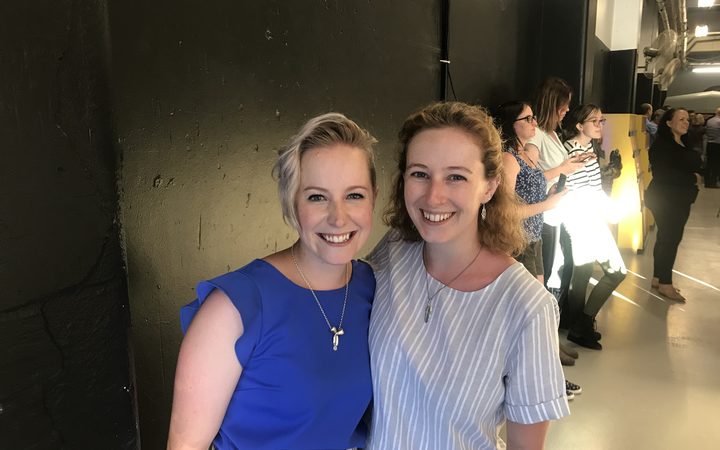 Catherine, who teamed up with her friend for a platonic "Gal-entine" date, says it's something out of the ordinary. Photo: Charlotte Cook / RNZ

Toi Toi winery spokeswoman Sam Joyce said 60 percent of those aged 23 to 38 thought the day was too commercial and just a big money-making exercise.

"Another part of it is bucking tradition, I think that people were looking for an opportunity to treat themselves, but not in the conventional ways".

But the traditional approach still brings in the big bucks.

Proving that romantic axe throwing isn't really for everyone.

However lovers and the like choose to spend the day, the world has come a long way from Ancient Roman times where men hit women with goat hides on 14 February in the hopes of increasing fertility.