Land Information minister Eugenie Sage has slammed the selling of Crown land to farmers, saying it has resulted in the loss of important landscape and ecology. 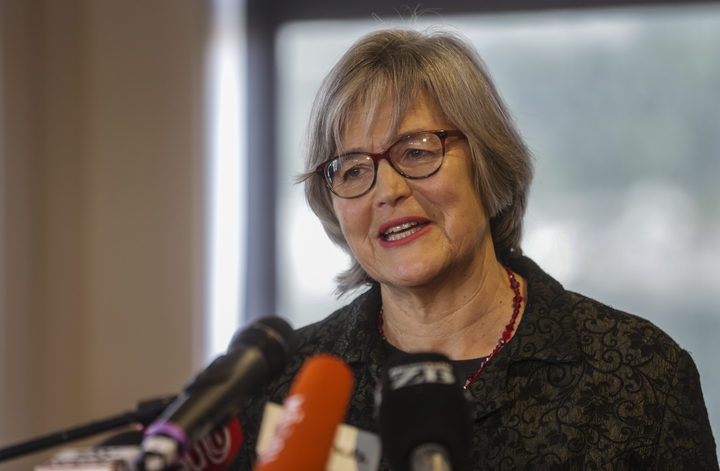 Known as tenure review, the policy involves the carving up of high country land previously leased by farmers, who get to own parts of it outright in return for other parts being set aside for conservation.

Tenure review will be scrapped later this year following a report from Land Information New Zealand (LINZ) that says it has favoured farmers at the expense of the environment.

Ms Sage said New Zealanders had lost out in a process that had seen 350,000 hectares of Crown land sold to farmers and then converted to luxury housing or intensive farming.

"The loss is in the public concern about some of the outcomes, some of the major landscape change, the loss of tussock grass and shrub lands, the conversion to intensive pasture. It's a different high country to what people imagine the high country should be."

Research had shown some of the land had been on sold by farmers for 500 times what they had paid the government for it.

On Thursday the minister was asked if taxpayers had been ripped off.

"There have been a lot of criticisms about the process, about it being very transactional and the agencies involved being focussed on process rather than outcomes. We want high country where the landscape values are protected, there's a long term future for sustainable farming and we protect nature there as well," Ms Sage said.

Tenure review involves the carving up of high country land previously leased by farmers who get to own parts of it outright in return for other parts being set aside for conservation. Photo: 123RF

Federated Farmers High Country spokesperson, Simon Williamson, said he was glad the 30 farmers now going through the process would still have their cases considered on a case by case basis.

"There's a lot of time and effort goes in to those things and negotiations and I think it would be a shame if they didn't do that. I think it's very important that they do and in good faith because to stop it now when you're in the process would be very short sighted."

However tenure review expert, Canterbury University's Ann Brower, said the system had been shown to be so bad that to continue considering these applications would be a travesty.

"If you say this process has delivered poor outcomes, it's no longer fit for purpose, it's inefficient, it's ineffective, it's inequitable, then how can you sleep at night if you let those go through."

Forest and Bird's Jen Miller was consulted by Land Information when it drew up its advice to the minister on what do with tenure review.

She said ending it would not be enough to save the high country and wanted Land Information to do a better job of managing the land it still leased to farmers.

"They've provided for really bad management such as over grazing and then extraordinary examples where massive change has occurred even on leased lands such as in Simons Pass where there's some vast areas of really special places turned green and many many thousands of cows."

Further details on the time frame for scrapping tenure review and the minister's long term vision for the high country would be announced on Sunday.

The National Party denied that the tenure review process had been a bad deal for taxpayers.

National's land information spokesperson, David Bennett, said land value naturally went up over time and it was "unfair" to look at land tenure in this way.

Many national parks the public could enjoy had been created through land tenure reviews, he said.

"The reality is the Crown, through LINZ, goes through a negotiation process with the farmer to freehold part of that land and also part of the land goes back into reserves or something like that," Mr Bennett said.

The move signalled that the government wanted to push out farmers, he said.