1000 people run, bike, kayak in biggest ever Coast to Coast

As the clock struck 7am, the first athletes set off on foot from Kumara Beach on a 243-kilometre mountain traverse across the South Island. 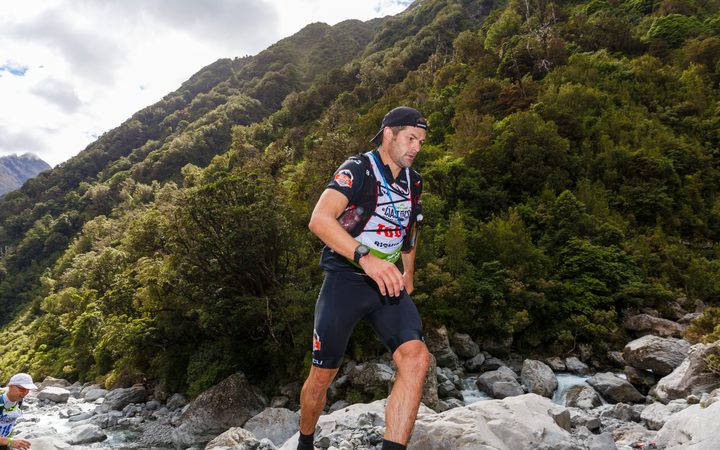 More than 1000 people are tackling the biggest Coast to Coast event ever this year, which comprises of a three-kilometre run, 55km cycle, 33km mountain run, 15km cycle, 800 metre run, 67km kayak and then a final 70km cycle.

That can be done individually over two days, as part of a team, in tandem or - for the brave - all in one day.

Organiser Glen Currie, a former competitor, said the atmosphere among competitors at today's start line was one of nervous excitement.

He said competitors faced a daunting task but this weekend the conditions were largely in their favour.

"The only thing that will probably be not in their favour will be the likely temperatures today. We're looking at heading up to 28, 29 degrees Celsius at the end of the mountain run ... it's going to be warm."

Just 77 people completed the first race in 1983, but Coast to Coast is now known around the world.

Mr Currie said in its early days, the event attracted "your typical outdoorsman" but today's start line included people from all demographics and walks of life, chasing personal and professional goals.

And each competitor has a support crew ready to shift and supply equipment, help with clothes changes, and provide all important cheering and morale.

For Christchurch's Olivia Smith, it is the fifth year heading to the West Coast as part of a support crew. She is on chef duties this year and said she loves being a part of the event.

"It's just a really positive vibe all round. Everyone's happy to support everyone else.

"A guy came in this morning and his support crew were late and people were rallying up gear just to get him going."

About 5000 people will descend on Christchurch's New Brighton beach tomorrow to catch the one and two day competitors crossing the finish line, where there will also be stalls live music, fireworks and festivities.

It is one of the busiest days on the calendar for local hospitality providers.

The Burger Joint owner Sam Kubiak has timed the official opening of his New Brighton store to provide for hungry competitors, who he said the beachside community loved showing their support for.

Coast to Coast will wrap up on Sunday with a full prizegiving at the Addington Raceway.