A new psychiatric facility in South Auckland includes two rooms designed to keep patients in solitary confinement, despite strong criticism that it's an outdated form of treatment that can cause more harm than good. 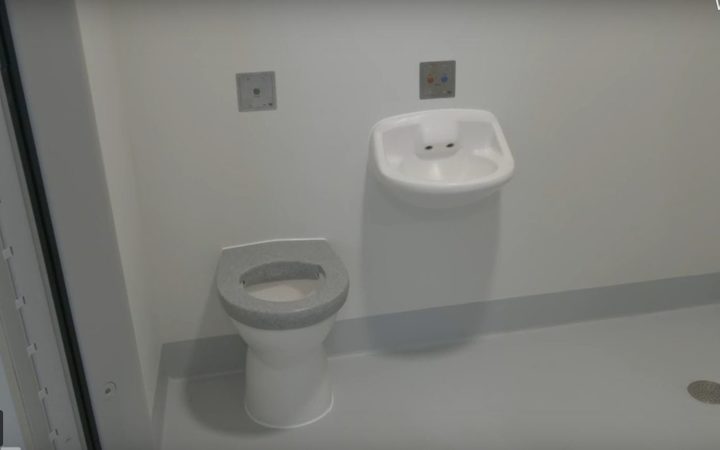 The Health, Quality and Safety Commission, a government agency, wants zero use of seclusion by 2020.

Despite all of that the Counties Manukau DHB's new acute unit Tiaho Mai - which is opening to patients this week - has two of the controversial rooms.

The rooms are about four by four metres in size, with stark walls, often with just a mattress on the floor with access to a spartan ensuite and a potential window view.

A mental health patient would be locked in there, on their own, while under constant observation by a staff member in an adjoining room.

Head of acute services at the DHB, psychiatrist Dr Coni Kalinowski, said people on methamphetamine and synthetic cannabis is the reason they still need seclusion rooms - but they're a last resort.

"Seclusion is when an individual is imminently dangerous to themselves or others and no other way can be found to protect them or other people and we put them in a restricted environment where a staff person is watching them continuously while they're in that environment by themselves," she said.

"We need to recognise that the solutions to eliminating seclusions are not simple.

"[The] bottom line is safety, in very very dire circumstances this is our last resort," she said.

Dr Kalinoski said there are processes in place to make sure every effort is made to avoid using the zones.

"We try a staged approach - [when] we begin to see someone who is becoming agitated we intervene.

"We offer medications, we offer to go to the low stimulus area, listening to music, we have interactive games and sensory modules to offer people so we try all of those things first and if the individual is just continuing to be imminently dangerous to other people that might be a time we consider seclusion as a last resort."

"That's always the double edged sword, that chemical restraint is still restraint. Some of it is what people would prefer, some of it is 'what is it would it require to do in order to keep someone safe'," she said.

"It's a great shame that a brand new facility that has got so many things right that they still feel they need to build seclusion zones into the model.

"The danger is you build those rooms, they will use them," he said.

Mr Robinson said the types of people being sent to these facilities are getting the wrong kind of help they need.

"If someone is coming into the service jacked up on meth or synthetic cannabis they're in the wrong place at that time.

"A mental health service is not the right place to be, they need to be in a drug and alcohol service while that part of what's going on with them is addressed.

"There are gaps in other services available. It's pretty unfair on the mental health services to be be trying to deal with those extreme situations," he said.

"They don't actually make services safer in the long run.

"They reduce chances of recovery for services users and there's even evidence that it's pretty disturbing for staff.

"They're a horrible space and I don't think people go into nursing or healthcare or support in order to be jailers and to lock people up," Mr Robinson said.