Two Auckland women are battling over an ailing goat, who was picked up from a roadside paddock amid concerns he was on death's door.

Zeus the goat was living on a lifestyle block north of Auckland until he was removed last week by neighbours who claimed he had been lying down unable to move for five days.

Charmaine Wolmarans said when she first saw Zeus last Tuesday she thought he was dead. 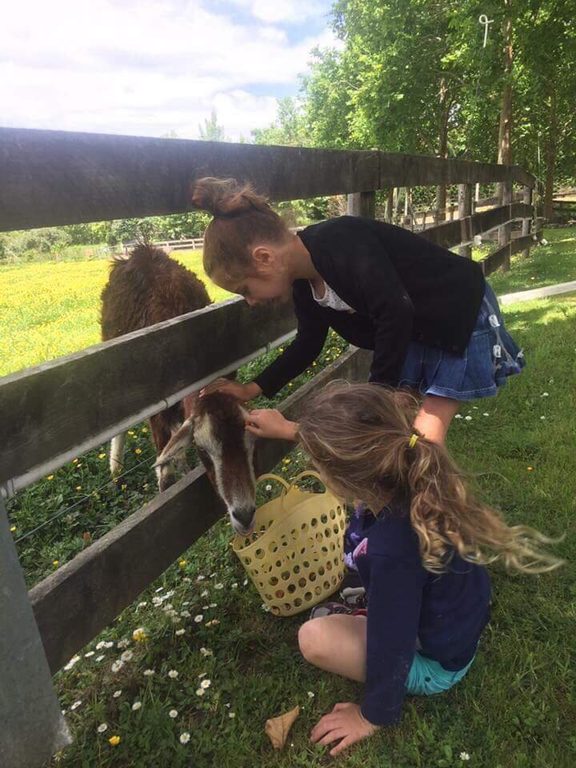 She claims he was emaciated, with open wounds, an eye infection and struggling to move.

Ms Wolmarans said when she begged the goat's owners to let her take him, a man at the house said yes.

She has since spent hundreds of dollars at the vet and has been caring for him around the clock.

Ms Wolmarans said she had even plucked maggots out of Zeus' wounds to help him get back on his feet.

"If you put your hand on his stomach he's hyperventilating, which means something is sore inside."

She posted pictures and details of Zeus' recovery on Facebook and at that point received a message from his owners demanding he be returned.

Zeus' owners said claims of Ms Wolmaran's heroic rescue were rubbish - and she had actually stolen a beloved family pet of five years, who they urgently wanted back.

They said Zeus had never been mistreated or starved.

"He lives in a vast paddock full of grass, buttercups, has access to a water bore and is hand fed veggies and pellets.

When Ms Wolmarans said she would not return Zeus his owners contacted police, who told Ms Wolmarans she could end up facing a theft charge unless she gave the goat back.

But Ms Wolmarans said she would barricade her gate before she let police return Zeus to his former home.

"Over my dead body will they take him".

Today police said they were satisfied they had spoken to all parties involved in the incident and that no crime had been committed.

The SPCA collected Zeus this morning and said he would be examined by a vet at their Mangere shelter, and cared for while they looked into his situation.

But Ms Wolmarans said it was Zeus' next chapter that worried her.

"I don't have much hope that they will give him round the clock care like we did, but I'm guessing for now it's the best.

"I'm just praying that the SPCA doesn't let him go back in a month or two, because it looks like they might have to."

Zeus' owner said she respected rescuers who protected neglected animals but vigilante justice was not OK.

She said Zeus's health had declined rapidly since he had been removed from her property and she just wanted her 'little guy back' so he could live out his days in peace.