Wheels on the bus go round, but not to this retirement village

Soon to be bus-less residents at a Christchurch retirement village are fed up no alternative public transport has been found.

It all started in March, when three bus loads of angry retirees from Diana Isaac Retirement Village turned up on the Canterbury Regional Council's doorstep demanding their bus route remain or a better alternative be found.

The stoush began when it became clear to residents earlier this year that they would lose their local bus stop due to roading changes on nearby QE2 drive.

The council proposed an alternative - rerouting the nearby 44 service - that would still give residents who can no longer drive a lifeline to the outside world.

But now that new proposal has also been scrapped, after consultation with property owners around the village and more than 100 submissions against the proposal.

The council fronted more than 100 residents yesterday to explain their decision.

Residents were now back to square one, 77-year-old Murray Lennox said.

"It would be nice to have some kind of transport that's accessible - that's basically what we're asking for," said Mr Lennox.

The council is besieged on all sides on this one. These residents want public transport, while those living outside the village did not want more buses.

Its public transport senior manager, Stewart Gibbon, told the meeting new options could include constructing a new bus turn-around for another bus or some other, more flexible, transport service.

"We're left with the decision that we can't extend the 44 like we intended, so what we are thinking about now is 'what other options have we got'?" he said. 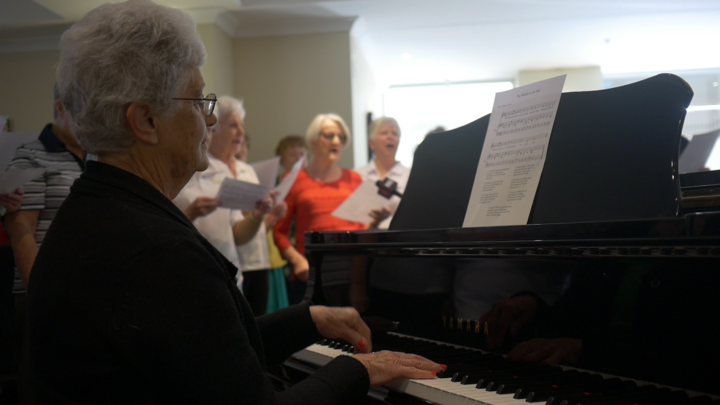 But these would not be short term solutions, he said.

One resident especially worried about not having access to public transport is 80-year-old Gilda Harding.

"I only have my license for two years now - when I lose it, it will make a huge difference," she said.

"One of the advantages of coming into Diana Isaac was the fact that there was a bus route."

Ryman Healthcare - who owned the village - was equally unimpressed.

In a statement, it told Checkpoint the council promised to "bend over backwards" to find a solution, but it had not.

It said it will work constructively with it to try and find alternatives, but the bottom line is the council has "cut a bus service to 900 people".