A new Dunedin performance space with a colourful past may become a hub for the city's arts community.

It's been a Baptist Church, a rowdy nightclub and now Hanover Hall has been transformed into a permanent home for the Dunedin Symphony Orchestra.

The hall was officially opened by Prime Minister Jacinda Ardern at a private function on Friday morning.

Ms Ardern said the heritage building had been given a new lease on life and it showed the strong community support - and donations - for the project.

"Over $350,000 was raised, which is a fantastic amount and testament to the value that I know this city places on heritage, and I wish we could replicate that all across the country. 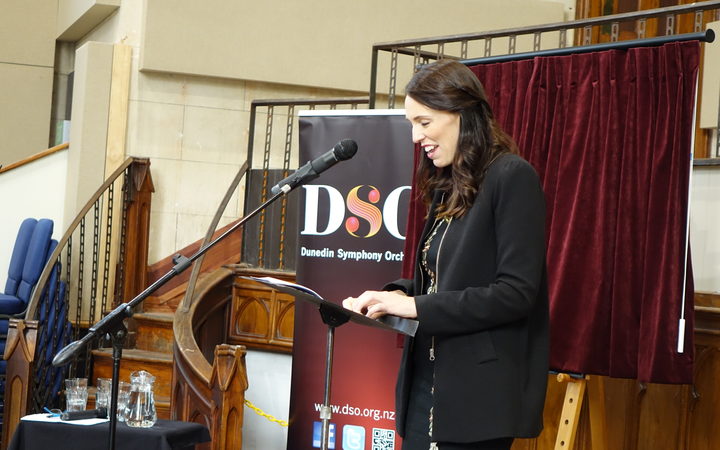 Patricia Leen has been a violinist with the Dunedin Symphony Orchestra since its inception nearly 53 years ago.

They started out rehearsing in an old villa at the University of Otago, but it hasn't had a permanent home since it started, Ms Leen said.

That made Hanover Hall even more special for the orchestra, she said.

"[The panels] make it feel - when you're rehearsing - that you're the only one playing." 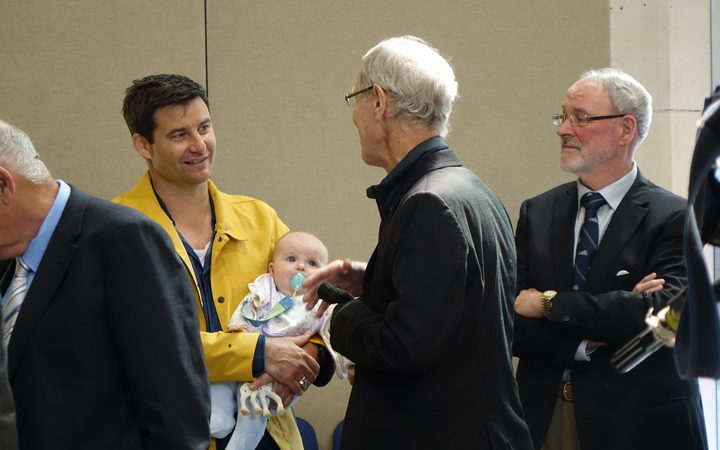 Hanover Hall dates back to the early 1900s. It was the first Baptist Church in Dunedin.

The church moved out in 1996 when its congregation outgrew the building and the hall was sold several times before becoming a well-known student haunt - The Monkey Bar.

It was closed about five years ago.

When orchestra members Cally McWha and Lloyd Williams first discovered the hall in 2015, it had been neglected for several years.

"The original beautiful double remu-panelled doors had been smashed. We came into the auditorium, all of the gorgeous stained glass windows had been boarded over by black panels," Ms McWha said.

"Because the night club people wanted a dark, evil space. The only natural light was coming in through the holes in the roof." 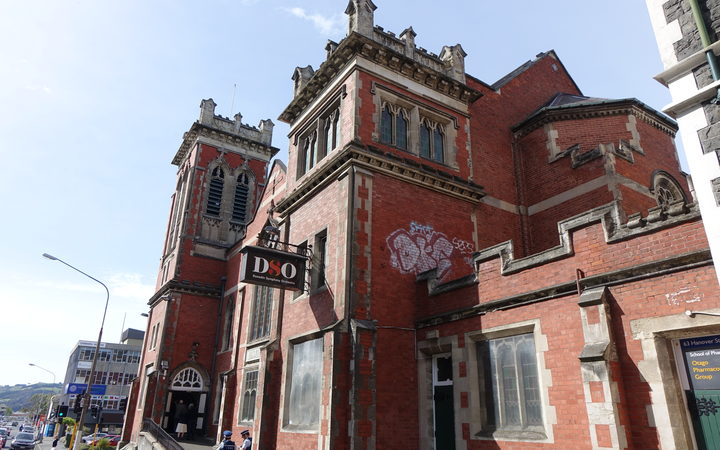 But the grafitti didn't deter them.

She said they felt like punching the air when they saw the hall was the right size to host the orchestra.

They bought the building and renovation work started in 2016 with the help of the more than 190 community members and organisations, which donated to the project.

But it won't just be the orchestra benefiting from the fit out, even though it's the organisation Mr Williams and Ms McWha leased the hall to.

"We are hoping that the orchestra will be able to make it available at a reasonable rental so we can get a bit of a buzz going on in here," Ms McWha said.

Orchestra board president Ruth Houghton said she hoped the space would become a hub for performing arts in the city - located only a couple of blocks away from the Octagon.

A public viewing of the hall will be held on Sunday between 3pm and 5pm.