Quake hit Rakautara residents say no to moving back

Rakautara residents have told their council at a closed door meeting there is no way they are moving back to their quake-damaged properties.

Checkpoint met some of these residents back in May after they were forced out of their homes by the Kaikōura District Council due to the risk posed from a nearby cliff that pummelled their houses with boulders during the 2016 earthquake.

Five households in total were affected in Rakautara - 15 across the entire district.

After months of waiting, the council organised a sit-down meeting for last night to present options and find out how the residents were going.

Kaikōura District Council chief executive Angela Oosthuizen outlined three options - move the homes away from the cliff, try and contain the risk from the cliff, or "retreat".

The first, move the homes, was vehemently opposed. In some cases it was not possible due to the rail line on the other side of the land.

The second option, contain the hazard, was also unlikely - that hillside was too big, too unstable, too dangerous.

But the council made it clear red-zoning was not an option - like what happened in Christchurch after its earthquakes in 2010 and 2011 - and it did not have the money to pay everyone out.

Some residents at the meeting suggested the government should fork out more than the proposed $1.5 million for the 15 affected houses across the district, calling that stingy. 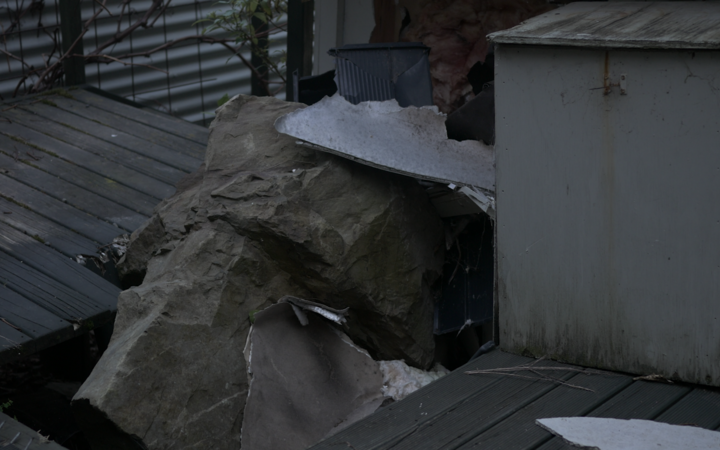 A large boulder that smashed into a house in Rakautara during the 2016 earthquake. Photo: RNZ/Logan Church

The council promised to relay that to the government.

However, Ms Oosthuizen said working out what to do was "complex".

"What's complicated is that there is individual circumstances," Ms Oosthuizen said.

"I believe they should have faith in the process ... unfortunately as I said the process does take time.

"I believe we are significantly down the track ... we are fairly close to getting to some solutions towards the end of the year.

"I would ask them for a bit of patient and a bit of tolerance to enable us to work through and to get to that point."

Some residents expressed frustration to Checkpoint about a perceived lack of communication from the council.

"Never been happy with the communication from council, its never been enough," resident Noeline O'Carroll said.

"Let's hope they can turn a corner." 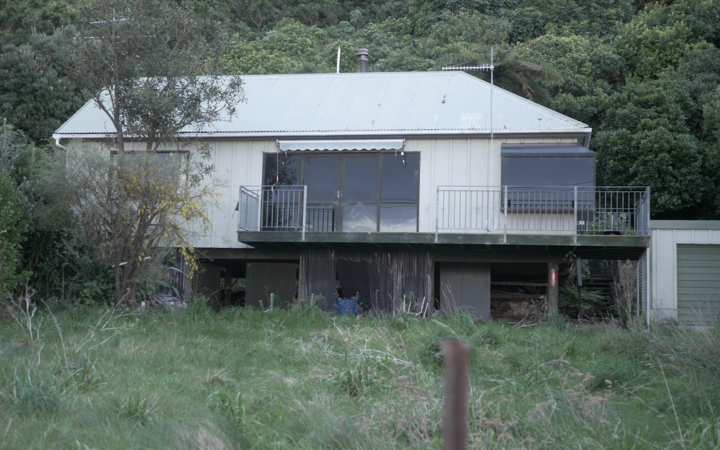 Ms O'Carroll's Rakautara home is falling to pieces - the garden is overgrown, the giant boulder that smashed through their kitchen is still there, barriers they put up to cover the property have been smashed.

Even the bright red section 124 notice was covered in cobwebs.

"We can't carry on living on like this in limbo," she said.

When asked if she believed the cliff behind her property was safe, Ms O'Carroll and her partner John said "no".

Geotechnical engineer John Scott has been contracted by the council to assess all land hazards across the district.

When asked if the Rakautara cliff was safe he said he could not yet say, although the risk had reduced.

Residents and the council are now waiting for a final report.

The council said it would make a decision as to what to do by the end of the year.