Matt Lauer: 'I think they see me as an easy mark'

Former American television personality Matt Lauer says groups that are trying to get an easement on Hunter Valley Station are taking advantage of the "difficult times" he's been through recently, and targeting him because he's an "easy mark". 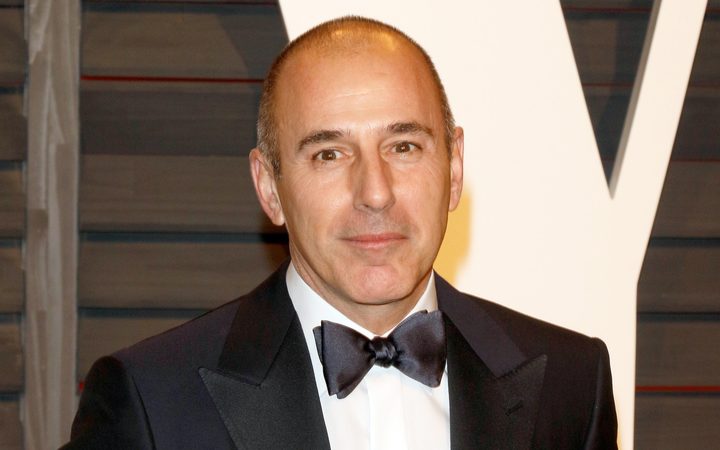 In an exclusive interview with Checkpoint with John Campbell, the millionaire - who was dismissed from his job hosting NBC's Today Show over sexual misconduct allegations - warned an easement would set a precedent for other property owners.

Referring to his dismissal, he said: "I think this is why this fight has been chosen now."

Mr Lauer purchased the lease to Hunter Valley Station on the shores of Lake Hāwea for $13 million last year.

The Overseas Investment Office (OIO) approved the lease after he passed a good character test and agreed to conditions, which included rules around allowing access and increasing farm operations.

Now, he said, groups were trying to change the rules and that wasn't fair.

The Walking Access Commission is seeking an easement on a 40 kilometre road that winds through the property, and the Department of Conservation has said it supports the commission's appeal.

The land is owned by the government, and the groups argue the public should have greater access. Walking Access Commissioner chief executive Eric Pyle said he's heard multiple reports of people being denied access.

Speaking from New York, Mr Lauer said the groups were creating a problem that didn't exist.

"This easement that's been proposed is being proposed to solve a problem that does not exist, and that's the misinformation that's out there and it's out there on purpose.

"Show me the logs of the people, of Walking Access [Commission] and other people, of all the people who they say have been denied? They don't exist."

Hunter Valley Station kept logs which showed more than 100 people had been granted access, and only three or four had been denied due to farming operations, he said.

"I don't know what the problem [is] they're trying to solve because we have never denied people access who have gone through the correct procedure and called the station and said they were prepared to be on the road and properly equipped.

"The easement itself would create a problem. All of a sudden we would have no way of knowing who's back there. One of the directors of one of the groups said it would be carefully managed, well by who? Is there going to be someone from Walking Access Commission sitting on the side of the road, or are the people that farm that property going to have to sit there and count every person who goes back there and what's going to happen when they get back there and they don't come back out. Are we supposed to stop farming that land and go look for them?"

Mr Lauer, who was last in New Zealand nine months ago and plans to visit again in a month, said he wouldn't have taken the lease if there was unrestricted access to the land.

"The fact is I bought this property after going through that process and being told one set of circumstances exist, and now a year later they're coming to me and saying 'let's change the rules of the game'. I think anybody would find that disturbing.

"In the year and a half or year plus that I've owned it, I've invested hundreds of thousands of dollars to improve the property and now a year later they come and say 'oh wait a minute, we granted you this lease under this set of rules. We'd like to change the rules.' I don't think that's fair."

The road which the groups want access to runs through farm operations and 30m from the homestead.

If people want access they can call and ask, and if they're prepared (there's no cell phone coverage), then they will be granted access unless it conflicts with farming operations, which isn't usually the case, Mr Lauer said.

"As long as they tell us where they're going to be, how long they intend to be back there and that they're properly equipped we have let everyone go back there. Everyone."

He warned an easement would set a dangerous precedent for other property leaseholders and owners.

"I believe the groups that are behind this are in some ways unfortunately taking advantage of some difficult times I've been through over the past six months and I think they see me as an easy mark. And what they're going to try to do is put this through, which would set a precedent because this has not been done ever before with a pastoral lease holder or property owner without that person's consent.

"I want to just tell people that this is not just about me. That precedent will then be used for other property owners. This is not a one off."

Law allows for compensation if an easement was granted, and Mr Lauer said this was something he would 'explore'.

But he disputes claims in the media that he has already asked for millions.

When asked if he would want compensation, he responded that the easement would have an impact on the value of the property and his investment.

Walking Access Commission chief executive Eric Pyle said his group acknowledges that the terrain is difficult and that there is a farming operation and it wants managed vehicle access into the Hāwea Conservation Park.

"What we'd like to see is a number of vehicles carefully managed, people get a permit system, there are systems like that that are in operation, they're operated by the Department of Conversation, there's one nearby through the Lauder Conservation Park where you need to get permission and keys at both ends of it to go through that."

Mr Pyle said there were some difficult words in the current OIO conditions relating to Hunter Valley Station.

"One set of words is 'acting reasonably' - what does that mean? We're very keen to define that for people for access, so that everybody is absolutely clear on what that means."

*An earlier version of this story incorrectly referred to DOC requesting an easement. DOC hasn’t requested an easement, but says it supports Walking Commission’s appeal for an easement.