New Zealand's merino industry is world leading, but the wool is processed largely in Asia.

New Zealand is the third-biggest producer of merino wool and once had a large processing industry, but now it's almost exclusively farming.

One of those farmers, Paul Ensor, produces super fine merino.

"There's been a lot of people move away from merino 'cos there's easier animals to farm really," he says. 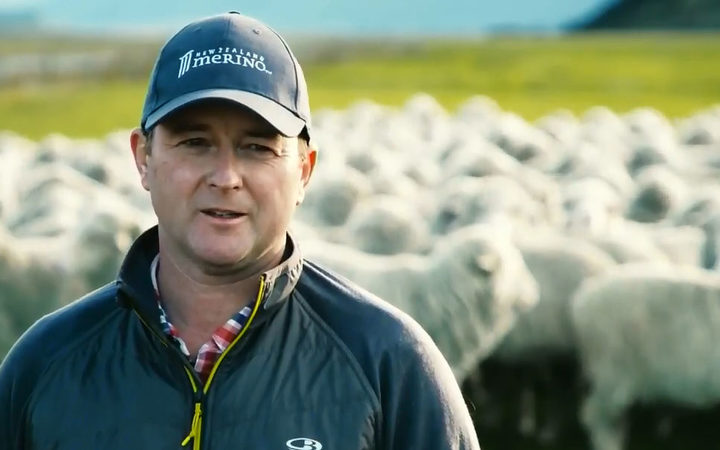 At 15 microns it's about a quarter the width of a human hair, and much finer than other wool - able to be woven with silk but strong enough not to tear.

"To make a good yarn, you need the fibre to be well grown right throughout the year. You can't afford to have a few bad days in there."

Ensor now produces about 25,000kg of merino wool a year, and currently sells it for about $28 a kg to offshore processors, like Designer Textiles (DTI) which is one of the biggest.

Founded in Otara in 1965, DTI was bought out by South Korea's outdoor apparel giant Youngone Corporation, and then finalised its move to Vietnam in 2016. 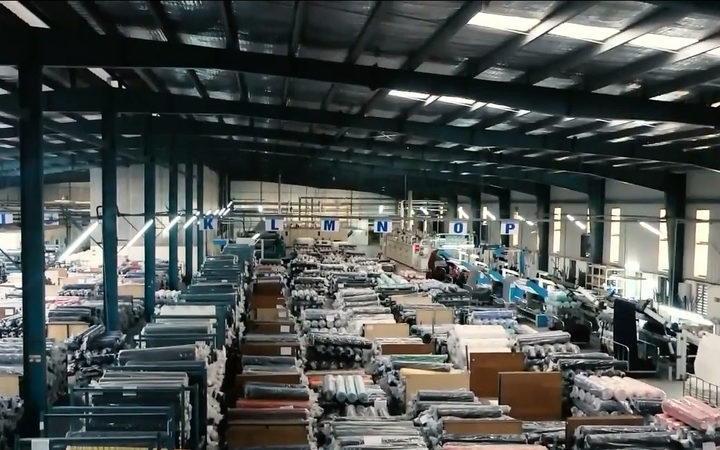 The finished product's 60m rolls of fabric that sell for an average $15 per metre. With 14,000 rolls in the warehouse, there's $17.5m worth of fabric inside.  Photo: RNZ / Checkpoint

Designer Textiles chief executive Brett McIlride says the company had been sending raw merino wool to Asia for spinning, it would come back to New Zealand to be turned into fabric, then sent back to Asia to be made into garments.

"It was somewhat illogical, so now we've cut out a component of that.

"It was obviously sad to see this facility shut after such a long history in New Zealand but the reality is to be efficient it's logical it move that way."

Now, all its fabric is made in Namh Dinh - an hour and a half south of Vietnam's capital, Hanoi - in a huge textile and garment industrial park that employs nearly 9000 people. 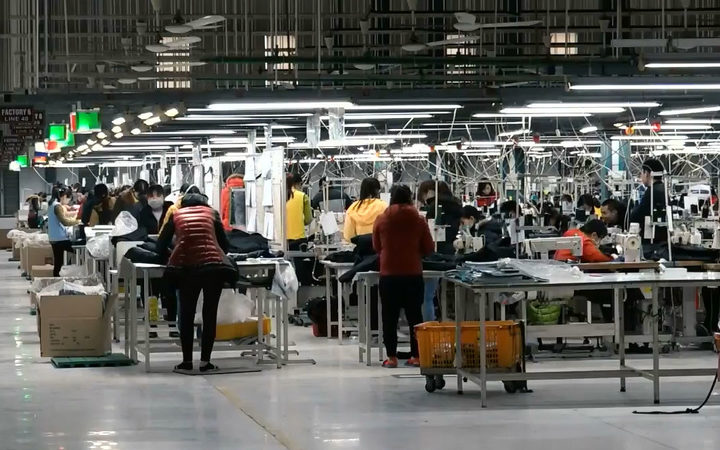 A total 162 of those workers are with DTI, which occupies three sheds each around the size of a large supermarket.

The company brings the yarn to the plant, knits it, dyes it, washes it, dries it, then drives it 200m across the compound to factories where it's sewn into a finished product. 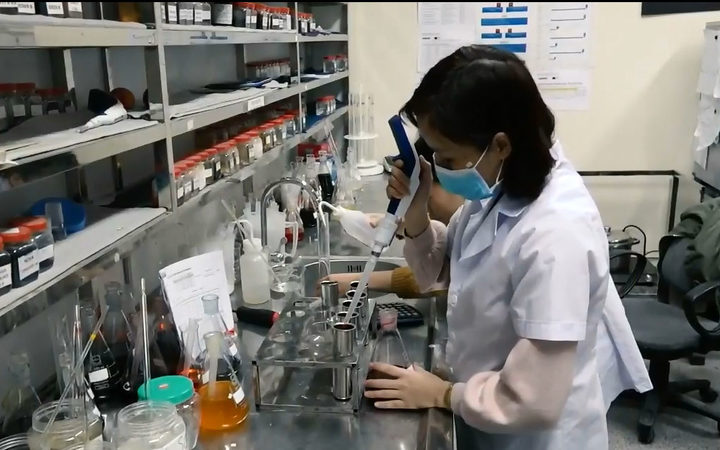 The savings on transport costs are why business has flourished since moving to Vietnam.

Checkpoint was the first media crew to be allowed to film inside one of the factories on the compound.

Checkpoint was told the wages are about one and a half times the minimum wage in Vietnam of around NZ$250 a month.

All workers are given free lunch and health checks and paid a living wage. Conditions are first-world.

So while it's not processed here in New Zealand, there's still an element of control.

Much of this is as a result of companies like ZQ Merino, used by DTI and Paul Ensor. ZQ enforces standards for farmers, then ensures standards stay ethical further down the line.