Farmers are hoping a hunting trial to rid part of Banks Peninsula of feral goats will finally eradicate the pest.

Feral goats have been plaguing the peninsula for decades, causing a big headache for farmers who have had their fences ruined, stock scattered, and trees and plants devastated.

About 70 feral goats have been shot near Little Akaloa as part as of a Department of Conservation trial to finally get rid of them.

Cam Stevenson, and his border collie Pig, are part of a hit team of professional hunters tasked with cleansing the area of feral goats.

"You are basically waiting for a good position to get a kill shot, and trying to not let them know that you're there," Mr Stevenson said.

"Sometimes you can be watching ... the animal for what seems to be ever ... before you get your shot."

When a goat was shot, it was left in the bush, but moved out of sight.

"You don't want anyone finding a dead animal around ... you have to think about the farmers ... they don't like dead animals lying around."

He said in the winter it could take several months for the goats to decompose, but they would be just bones by the summer. 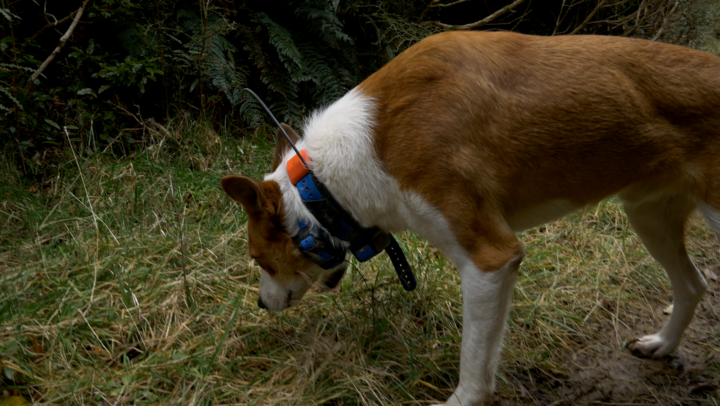 Feral goats have been a problem on the peninsula for decades, and the full extent of the infestation is not known.

However, now DOC is trying to eradicate them once and for all.

A muster earlier this year removed 220 goats from the area, and these professional hunters were brought in a few weeks ago to finish the remainder off in this part of Banks Peninsula, near Little Akaloa.

So far, they have shot about 70, and are hoping to wrap up their work this week.

This was first year DOC had attempted complete eradication, rather than just trying to control the size of the population. 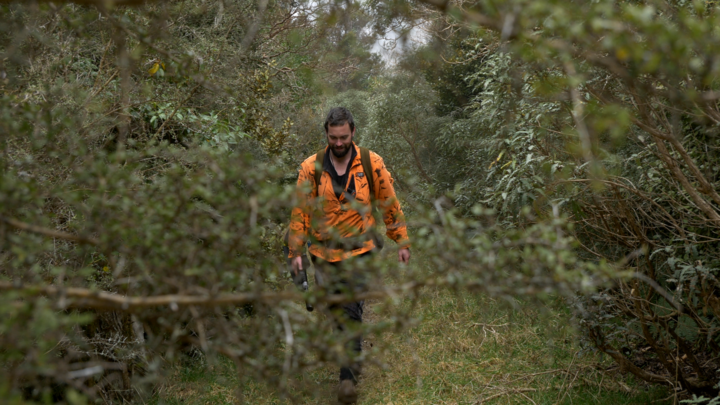 Armed with rifles and their dogs - all trained and fitted with GPS - the hunting team has been braving the cold, systematically and methodically hiking over and over the land to make sure every last goat is shot.

"The weather isn't nice when it is cold and wet every day, you've got steep terrain to deal with, but you forget about that when you get on an animal," Mr Stevenson said.

Gavin Marshall, a sheep and beef farmer near Little Akaloa, said the goats could cause chaos on the farm.

"In the areas where there is very limited fencing ... where we rely on natural fencing a bit, the goats push in there and make tracks, and the sheep follow them," he said.

"When the numbers mount up like they have done ... it's quite a bit of grass they are eating." 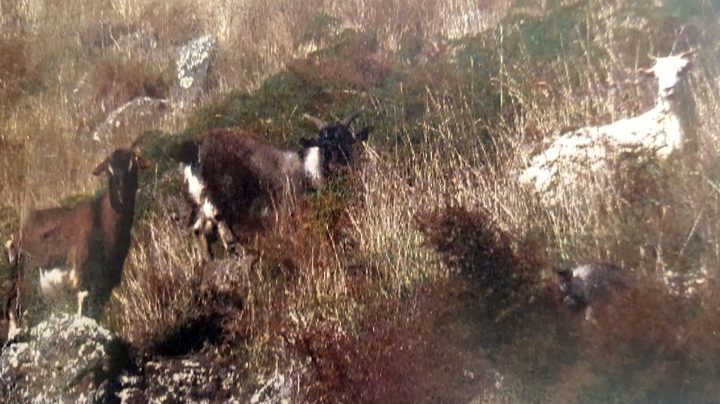 Feral goats have been a problem for this area for decades. Photo: Supplied / DOC

DOC's Christchurch operations manager Andy Thompson has been overseeing the operation, which has cost about $82,000.

He said a lot of work had gone into ensuring it was done as humanely as possible.

"Doing an eradication always involves an element of having to shoot animals, it is never a pleasant part of the operation," he said.

"That is why we chose to do a muster for the first initial knockdown, farmers were concerned - they didn't want to see a blood-bath on their property."

It would be at least a few months before DOC knew if the hunt was successful, and the measure of that success was simple - no goats to be seen.

Then next year, it will be on to the next hunt in another part of the peninsula.

"We've got goats in five key locations on the peninsula, hopefully we are down to four now," Mr Thompson said.

As long as there aren't any unexpected surprises, DOC was hoping the entire Banks Peninsula would be feral goat free in five years.