Emerging stars of kapa haka take to the stage

Upon the dawn of Mataraki a new generation of kapa haka exponents have gathered in the homelands of Rangitane in Palmerston North to battle it out at the National Secondary Schools Competition.

It was a grey and dull day in the city, but onstage in front of hundreds of people Aotearoa's emerging young stars came alive.

Forty-one teams, each with up to 40 performers, are fighting for a spot in the top nine.

Napier Girls High School have never won the competition, but this year its kaitātaki wahine, Arielle Munroe, was determined to leave a lasting impression.

She captivated the crowd with her voice and presence, demanding that this year her school would be remembered.

"This is Kahungunu [and] we want to show a different side. We want to represent our rohe to the best of our ability."

A rōpū from Ōpōtiki College practised most week days and every weekend leading up to the competition. 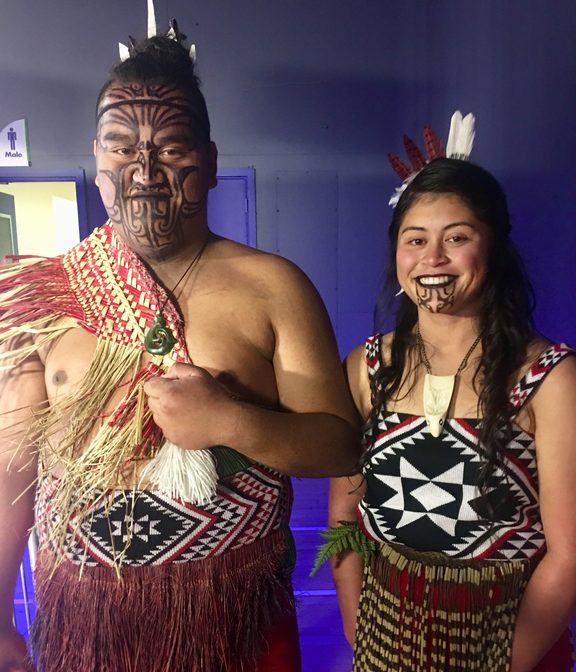 Ngarangikamaea Te Ruataarehu Stewart said performing for her people made it all worth it.

"The people, they're my whānau, they're the reason I come back every weekend to sweat and to cry.

The secondary schools competition is just as competitive as Te Matatini with 43 judges deciding who stays and who goes.

Every time a group drops a poi or goes over the 25 minute mark they lose points.

But while the competition is tough and standards are high, for performers like Hikatangata Ahlers there's far more to it than competing.

"For me, it's about gaining knowledge, gaining friendship, gaining whānau ... we drive each other."

Ngarangikamaea Te Ruataarehu Stewart was proud to stand on stage, not just as a competitor, but as a young wahine
Māori celebrating her culture.

"Kapa haka isn't all about haka. It's about whānau and coming together and being able to embrace our culture because we have a beautiful culture."

The top three groups every day until Thurday will advance to the finals at the end of the week.