In a remote, mountainous region of northern Vietnam, two New Zealanders are helping to rescue and rehabilitate the country's ill-treated, vulnerable moon bears.

For thousands of years, in Vietnam and other parts of Asia, bears have been farmed for their bile, which is believed to treat a range of conditions including cancers. However, extracting it is a cruel and inhumane procedure.

Importing bear bile into New Zealand is illegal. Four shipments have been stopped by customs in the past three years. The most recent 119g package was seized in December, worth around $20,000 on the black market and carrying a maximum penalty of three years in prison and a $50,000 fine. 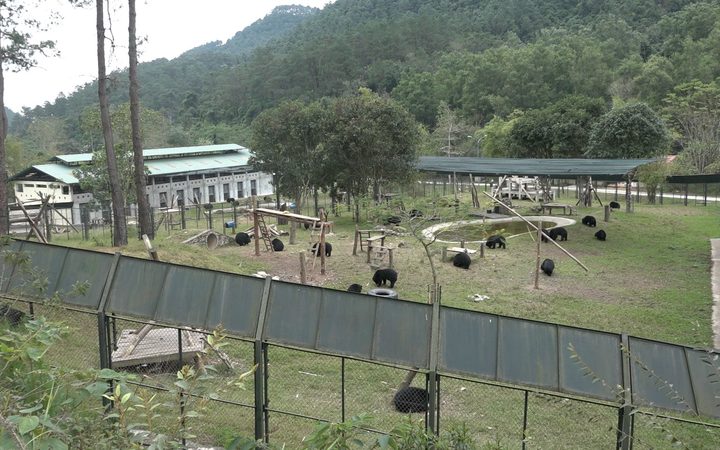 In Vietnam, despite the practice being outlawed in 1992, thousands of bears still remain on private farms due to a lack of government enforcement and resources.

As a result, most of the work being done to rescue them is by private organisations, chiefly the charity Animals Asia. 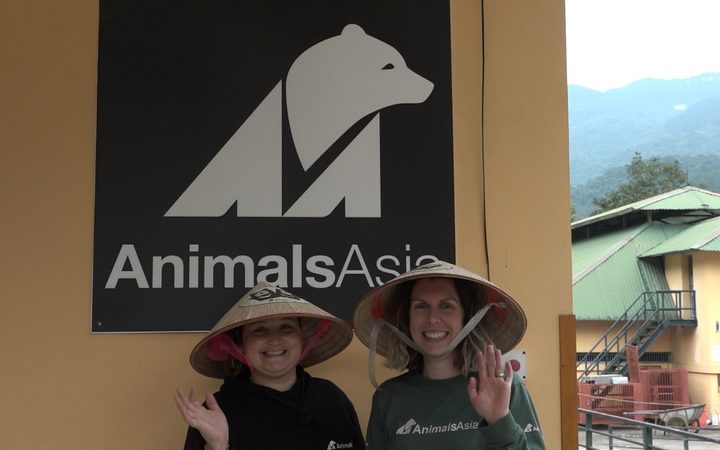 "We just can't get the same level of expertise and knowledge as we can from people like Sarah and Lauren, because the education level in Vietnam is not quite up to standard yet," Animals Asia Vietnam director Tuan Bendixsen said. 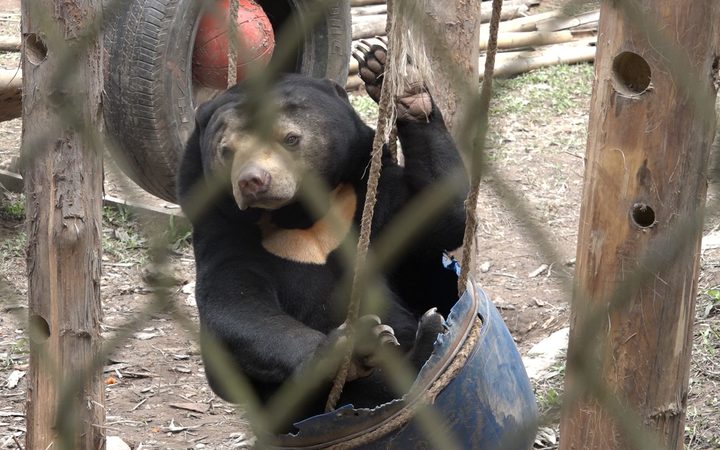 The women are responsible for training staff, rehabilitation plans, administering medicine and sometimes rescues, which can take more than a week because the bears can't be flown and are usually in remote locations. 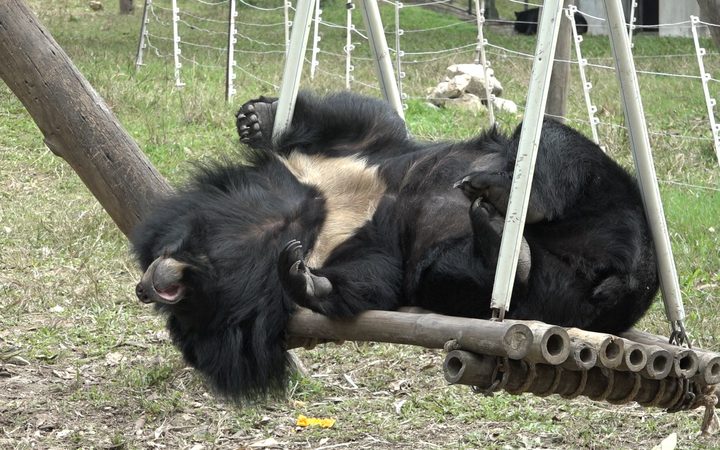 A moon bear at the sanctuary in Vietnam. Photo: RNZ / Zac Fleming