SSC investigation into Thompson + Clark could include DoC

The Prime Minister says a controversial security firm's surveillance of 1080 protesters may also be investigated by the State Services Commission.

Checkpoint yesterday revealed Thompson and Clark was carrying out surveillance on the protesters for the Department of Conservation, monitoring their social media accounts and determining whether they were capable of carrying out attacks. 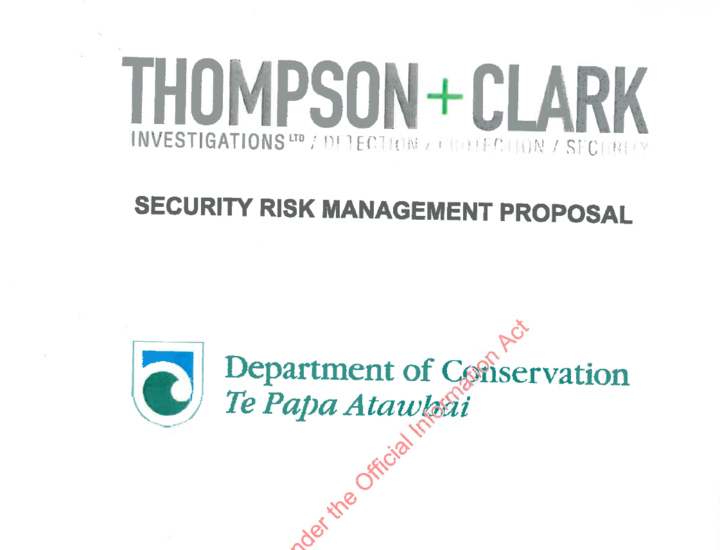 In March, a State Services Commission (SSC) inquiry was launched after it was revealed the firm spied on Canterbury earthquake claimants for Southern Response.

Following media reports into Thompson and Clark's behaviour in Canterbury Jacinda Ardern told government departments not to use the firm to spy on New Zealanders.

Now, Ms Ardern has said the Commission might also need to investigate Thompson and Clark's work for DOC.

"Questions have been asked of whether or not some of that surveillance at an individual level is going too far.

"So I would hope that the SSC, if it is relevant to the work it is doing, would include that," Ms Ardern said.

"But as I say, monitoring of social media is something that obviously the DOC has concerns about because there have been specific threats online to their staff."

DOC director of safety Harry Maher said department staff and contractors were regularly threatened and harrassed by 1080 protesters and their safety was paramout.

He maintains the work Thompson and Clark does for the department does not amount to spying.

DOC communicates with Thompson and Clark over the communication platform Slack.

It has refused to release any of its Slack communications with the firm to RNZ.