The Earthquake Commission may sue Fletcher Construction after receiving legal advice the company is liable for its oversight of Christchurch earthquake repair work.

EQC head Sid Miller has told Checkpoint with John Campbell the advice he had received was that Fletcher had obligations via its project management office.

Fletcher's has no liability for design or construction, but Mr Miller said its project management office has liability because it oversaw the work.

Mr Miller said he was working to understand what the legal ramifications of that might be.

The commission would now look at what Mr Miller called "the various options" and could pursue legal action "in due course".

Earlier this week, Fletcher Construction's former chief executive Mark Binns told Checkpoint that the contract he signed on behalf of the company on the Canterbury Home Repair Programme had an indemnity clause.

He would not have signed it without one and there was no grounds for a case against Fletcher, he said.

But Mr Miller said the advice he had received was that Fletcher did have a liability.

He did not want to discuss the details of any legal options as that could prejudice EQC's position, he said.

Mr Miller stressed his focus was on ensuring all quake-damaged Christchurch properties were repaired up to standard, including those that had been on-sold on the basis of repairs being completed.

It was "horrible" to listen to the experiences of some EQC clients, he said. 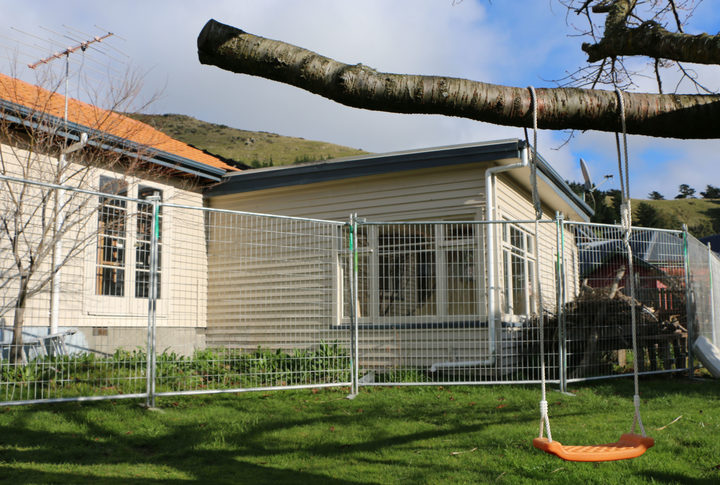 EQC is still dealing with about 2600 claims, half of which are related to re-repairs Photo: RNZ / Conan Young

The Crown agency is currently defending 316 court cases related to the Canterbury earthquakes, of which 58 are in the district court, 257 in the High Court and one in the Court of Appeal.

It is also managing 2600 outstanding claims, of which half are for re-repairs.

Christchurch homeowners have told Checkpoint in recent weeks that EQC lied to them at the time of scoping, did not check under floorboards or behind wall linings, and that they felt the agency bullied them into settling or accepting sub-standard repairs.

"Can I say to those people, if you have concerns, please contact us," Mr Miller said.

"Your claim remains open with us. We'll come back and we need to have a look at what is concerning people, what are they actually finding."

EQC might look at establishing a separate helpline, but Mr Miller also encouraged people to email the agency with the subject line 'Checkpoint'.

"I think the on-sold situation is a very complex legal situation both with ourselves, with the private insurers and I know this is one of the areas the [Christchurch Regeneration] Minister [Megan Woods] has specifically asked for resource to be dedicated to so she can seek a declaratory judgement."

EQC accepted its liability, but insurers adopted their own positions. IAG and Southern Response have a limitation period for claims, which ends soon for claims over the Christchurch earthquakes. Mr Miller said that was why EQC needed a declaratory judgement quickly.

"We've got a big legal issue here where we've got to clarify for people so they can get certainty in terms of where they stand."

National Party EQC spokesperson Stuart Smith told Checkpoint earlier this week that EQC should sue Fletcher Building if there was compelling evidence] the contractor was responsible for a large number of botched post-earthquake repairs. 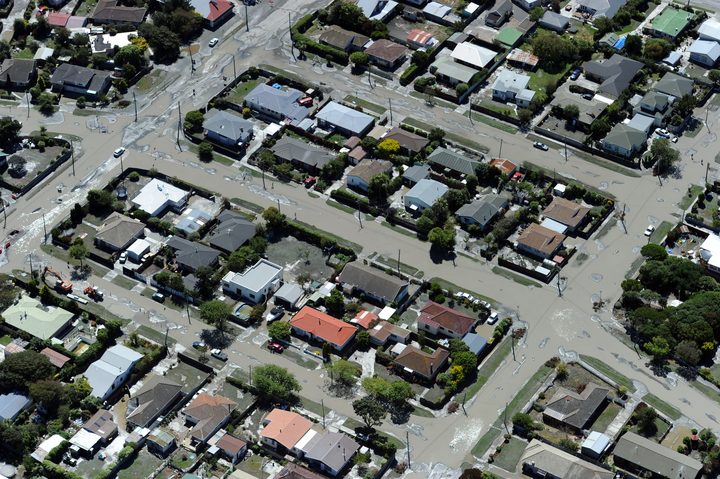 The Christchurch suburb of Bexley is flooded with silt and water forced up through the weakened ground by liquefaction following the 22 February earthquake. Photo: AFP

Some Christchurch homeowners whose houses were damaged in the Christchurch earthquakes said the people assessing their homes lied to them and bullied them into settling.

Checkpoint has spoken to dozens of homeowners in recent weeks, who are still waiting for their homes to be repaired to standard, or received cash settlements, more than seven years since the fatal 22 February 2011 earthquake struck.

“During the inspections and all the time I was with EQC nobody ever looked at the underfloor.

It was not until Ms Cudworth got a lawyer involved that someone checked under the house. That inspection revealed cracks around the foundation, tilted piles and massive silt inundation.

“It took three years and going through eight different people to finally get an engineer to say the damage to the foundation was earthquake-related," Mr Todd said.

Nothing has been fixed yet and two rooms in his house are uninhabitable.

“It was really disheartening that a government-run organisation could be doing this to me, or to anybody.”

Ms Adair was pregnant when the earthquake happened, and was made a high priority case for repairs because she was considered highly vulnerable.

Seven years on and her three children have not known anything other than a broken home. The family has had three repairs carried out on their home, but they were sub-standard, Ms Adair said.

“We have 400 points of defects: the foundations, the walls, the windows, the roof, the brick cladding, the plastering, the painting, the flooring, and none of them are up to standard, and we don’t have compliance.”

Fletcher and EQC bullied her throughout the whole process, which has made her lose trust and pride in New Zealand, she said.

“They threatened to cash settle us if we didn’t agree with what they were doing.

"They said you have to give over everything to us, we will manage this, you’re not to be involved in your house repair, and we’ve lost everything. It’s got no compliance, it’s got no value, it’s a damaged home, it’s a health and safety risk for our children, we’re being bullied to the point that we’re traumatised.” 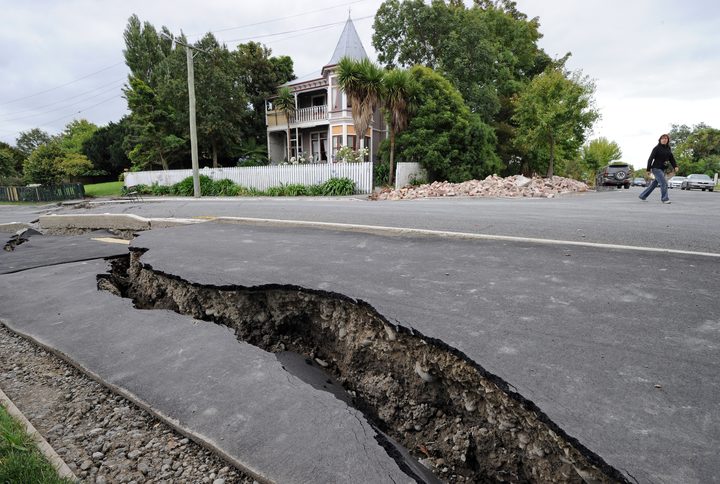 A woman walks across a broken street in the days following the fatal February 22 earthquake. Photo: AFP

Meanwhile, about 40 Christchurch homeowners grappling with EQC and insurance claims have vented their frustrations at a drop-in session hosted by the Christchurch Central MP Duncan Webb.

Dr Webb, who is also an insurance lawyer, said the session was held for people who want to have legal points clarified or seek advice on what to do next.

There are thousands of people with unresolved insurance and EQC claims in Christchurch.

Half of the nearly 3000 cases EQC is still dealing with are re-repairs.

Many said they could not afford to take claims disputes to court.

Dr Webb advocated for an EQC inquiry as a lawyer before he entered Parliament last year and said he was not surprised by the frustrations raised with him at the meeting.

"We've known for a long time that there were serious flaws in the Canterbury home repair programme, that was Fletcher [Construction] managed, and a lot of that is coming home to roost ... so EQC is working hard to re-visit all of that, but we know it's a big problem," he said.

Dr Webb is holding another drop-in session next Friday.