'There's not going to be another school shooting'

The father of a teenaged girl killed in last week's massacre at Stoneman Douglas High School says he'll be working with US President Donald Trump on school safety as a legacy to his daughter to ensure that this school shooting is the last. 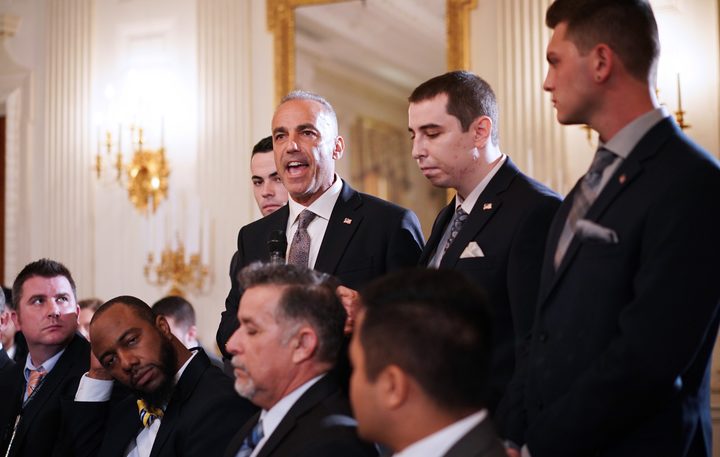 Andrew Pollack was one of several parents of children who have died at school to front President Trump at the White House yesterday.

His 18-year-old daughter Meadow was one of 17 students and teachers gunned down by Nickolas Cruz.

Mr Pollack told Checkpoint security for schools needed to be the same as for an aeroplane or concert.

"You can't get into a court house with any type of weapon, you can't get on to a plane, so why can it happen in a school, and why has it already happened, I think over 200 times in this country. I'm pissed off and I'm angry it keeps happening. It's stopping…it's going to stop now with my kid," he told Checkpoint.

Mr Pollack said Trump was not just a politician, he was a real guy.

"He flew my family and myself in, and he made time on the day to meet with us, and he was genuine. He met with my kids, he spoke with my children, he comforted them."

Meadow, who had two older brothers, was the toughest of his kids, he said.

"She lit the room up when she went, she always got what she wanted, her idea of exercise was going from one store to the next store in the mall."

Mr Pollack said all he wanted now was to make schools safe and he wasn't focussing on gun control.

"I just want the kids safe in a school, and the only way to make it safe is they need to put the right people in charge who can take care of that, and they're going to do it. They've got the right President in office now and I'm going to help him. It's enough already."

His childhood had been worry-free and he was determined to make a difference for young people.

"All I know is my daughter got killed in a school, and we need to make schools safer."