It’s déjà vu at the grocer that replaced Nosh in Auckland with suppliers and former staff saying they’re not being paid.

Despite having no grocery or retail experience, former real estate agent Aaron Drever - who was stripped of his licence in 2016 after racking up nine disciplinary findings - bought the remnants of the Mt Eden Nosh supermarket in July last year after it went into receivership, and rebranded it The Grocer’s Market.

Nosh went under owing more than 100 staff hundreds of thousands of dollars. As the business struggled to stay afloat employees were convinced to stay on and work by owner Jonathan Denize who said he would sell his house if he had to.

Mr Drever convinced workers and suppliers from the Nosh days to stay on board with the same promise, saying he would sell his house to pay them if needed.

But Checkpoint has spoken to six businesses and two former employees who are fighting to be paid, some owed tens of thousands of dollars.

Vision Fresh, a Tauranga produce company, is in the process of filing legal proceedings, claiming it is owed $25,000.

“And yesterday I called Aaron as well, he said, ‘Just wait, I will call you after 15 minutes,’ but nobody called me.

“I called the manager of the Grocer's Market, [they] said we don't have any money to pay you.” 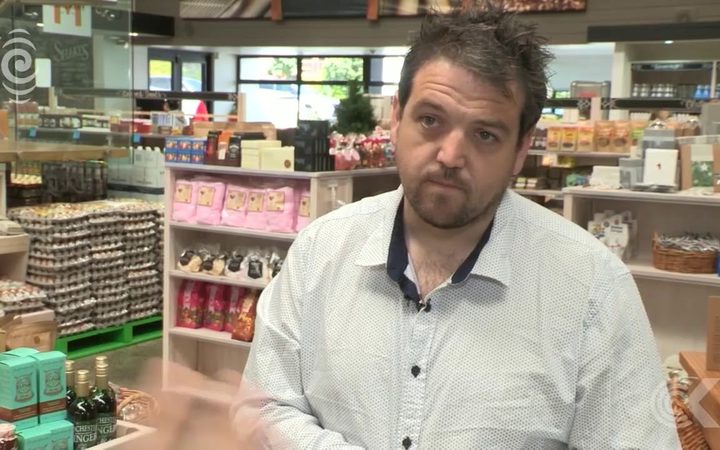 A supplier, who asked to remain anonymous, has been chasing Mr Drever for $31,000 for three months.

“He promises the world and nothing ever comes through. I had a conversation with him yesterday via text message, he was promising money today, and we've checked our bank account this morning, and again, nothing,” the supplier said.

Mr Drever said he would issue a written statement responding to the supplier’s concerns, but is yet to do so.

Outside The Grocer’s Market last week, he told Checkpoint he “hadn’t checked the supplier ledger” so did not know if any suppliers were owed money, but reaffirmed his commitment to selling his house if need be.

“I like grocery but I guess I don't fully understand it because I don't come from that background,” Mr Drever said.

“I've come from completely left [of] centre, [I thought] 'it can't be that hard we just put the goods on the shelves and away we go', but actually it's a lot harder.

“If I had a crystal ball, if you said, ‘hey would you open a supermarket again?’ I'd say, 'well probably next time I need a bit more grocery experience'."

Auckland Council environmental health manager Mervyn Chetty said his staff visited after queries from Checkpoint and found "several parts of the business" have not been registered, including the grocery business itself and the cafe inside.

The council has given Mr Drever a pass this time but “highlighted the consequences that will arise if found to be unregistered in the future,” Mr Chetty said.