Overspending by former Waikato DHB boss Nigel Murray was an abuse of power on every level, his predecessor says.

Dr Murray is being investigated by the State Services Commission, after spending $218,000 in three years at Waikato DHB on travel and expenses before resigning in early October.

Craig Climo, who preceded Dr Murray as chief executive of the DHB, said it was "gobsmacking" how Dr Murray could spend so much time travelling when there were multiple video conference rooms he could have used instead.

Mr Climo was the CEO of Waikato District Health Board for seven years before Dr Murray took over.

He was at South Canterbury District Health Board for another 10 years, and in the 17 years he spent as CEO of a DHB he travelled overseas just once. 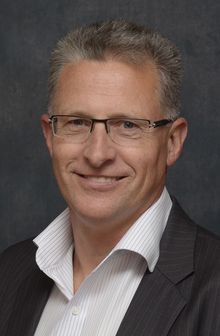 In contrast, Nigel Murray spent almost half of his last year on the job overseas.

Mr Climo told Checkpoint with John Campbell that he was one extreme, and Dr Murray was the other. He made a conscious decision to not travel often overseas partly due to money.

"It was also about modelling, creating expectations. I don't think it's necessary to swan around the planet in order to pick up and adopt other people's ideas."

The DHB has many video conference facilities that could have, and should have been used by Dr Murray, but instead he opted to travel overseas, Mr Climo said.

"It was an abuse of his position at every level. Firstly, the expenditure, and secondly, the time away. He needed to be on the ground, for any chief executive - it doesn't matter in what industry, I think the time on the ground is related to the issues the organisation faces. And all DHBs are facing issues."

He found the worst thing was that some of the time Dr Murray spent overseas was in promoting an American IT vendor's product, according to reports.

Former Labour MP Sue Moroney said yesterday she warned Waikato DHB chairman Bob Simcock to not hire Dr Murray, who abruptly resigned from his position heading a Canadian health authority, just before a government review into it was due to be released.

Mr Climo said he was surprised Mr Simcock appointed him.

"Because of Nigel's reputation in New Zealand at what was Southland District Health Board at that time, spending time over in British Columbia, when he was employed at Southland as chief executive.

"It struck myself at the time, and certainly other colleagues, that it was unusual."

"I saw him very much as Bob's appointment, Bob's man. And while the board as a whole has to accept responsibility in fairness, the chairman particularly, in these sorts of appointment processes, has a great deal of influence. The board is quite reliant on the chair's advice."

Mr Simcock told RNZ earlier in the week that he signed off on the travel expenses he knew about and what was put in front of him. He would not resign from his position, saying he was not responsible for Dr Murray's actions.

"I have no idea how somebody can spend half their work time absent and spend all that money without it being obvious.

"I wouldn't expect to travel as a chief executive internationally without that being signed off in advance."