The government will consider if more can be done to protect workers from companies that go into liquidation, sometimes owing their staff hundreds of thousands of dollars.

Minister for Workplace Safety and Relations Iain Lees-Galloway said he would look into whether workers were  sufficiently protected, following a Checkpoint investigation into the collapse of gourmet grocery chain Nosh.

The business went into liquidation earlier this year, and is understood to owe its staff hundreds of thousands of dollars.

Receiver Damien Grant said they are unlikely to receive any money.

The Checkpoint investigation found staff had been repeatedly asked to stay on at work even after the company had stopped paying them, and many workers had to borrow money simply to pay the bills and rent.

“There is a legitimate issue raised here, and I will work with officials and Cabinet colleagues on what options we have to address it,” Mr Lees-Galloway said.

Unpaid wages needed to get greater priority when receivers and liquidators have money to distribute, he said.

“To my mind the best improvement we could make would be to follow the UK and the Australian approach which is to say no preferential claim for the Inland Revenue Department, but let’s replace that and increase the amount available for the employees because at the end of the day they are the ones least able to protect their position when a company collapses.”

In the UK, the government steps in to pay employees when a company has gone into liquidation, and then puts a claim in the insolvent company’s estate. 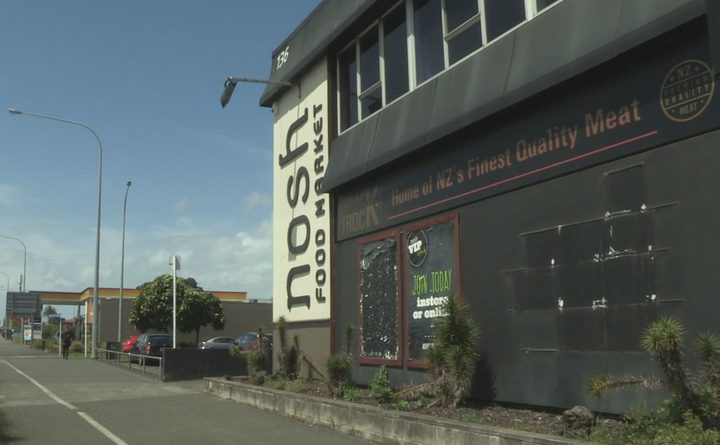 Upmarket grocery store Nosh went into receivership in July, owing about 100 of its workers thousands of dollars each.

The workers told Checkpoint with John Campbell they continued working for the company, including packing up items, because Nosh director John Denize promised he’d pay them, and even staked his house on it.

“John Denize in one meeting that we were all sitting in with him – the support office staff – he said, in his own words ‘even if I have to sell my house I will do that to save the company’.”

But receiver Damien Grant said last week that Mr Denize does not own a house. There is a property but it is held in trust.

“He was offering a guarantee, but there was nothing behind that guarantee,” Mr Grant said.

Mr Denize has not responded to repeated requests for comment over the past week, including more than a dozen phone calls and a visit to his house.

Workers tell of being owed thousands

“Like every week, it was either ‘we’re still waiting, we’re just about there, it’s almost ready, the papers will be filed tomorrow or Wednesday or Friday’. Every time they gave us a little bit of hope that things were going to happen.”

Ernest has a two-year-old daughter and another child due next week. He said the matter has put his family under a lot of pressure.

“I’m angry, I’m angry. I can’t believe he would do that to so many people and just get away with it.”

“I’ve planned my trip to India in June 2018, but I have to cancel it because I don’t have money.”

He was supposed to get married and visit family, “but that couldn’t happen”.

Anna worked in the deli for eight years. She said Mr Denize repeatedly told staff: “don’t worry, we’re going to find the money and we’ll pay you back”.

She said he warned people off applying to lawyers or seeking legal assistance, “because we don’t need to be distracted by it”.

Kolopa was the butchery manager.

“It was a struggle for a solo mum of three kids. I really did struggle.

“I just kept ringing my bank and asking them to help me pay my rent and feed my children ... it was just building a debt for me as well.”

Jonathan Kubiak: Says the Employment Relations Authority has ordered he be paid $3400

Mr Kubiak said Mr Denize kept making up excuses, such as money was in Australia and there were delays in transferring it to his account.

“I’ve had no problem with the fact that a business can fail, that’s inevitable in life, but at least fail honestly and admit what’s done is done and let people continue with their lives. When I look back I just have to question why they were carrying on making these assurances.”