Teina Pora: 'Thank the Andrew guy that's fixing it all'

A long-time supporter of Teina Pora says the total compensation package of $3.5 million dollars is more than Mr Pora will ever need.

Today, Mr Pora was awarded an additional $988,000 compensation to take into account inflation over the 22 years he was imprisoned for crimes he was found to have not committed.

In August, he won a High Court case challenging the compensation he was paid for his wrongful imprisonment, after the government at that time declined to adjust it for inflation.

New Justice Minister Andrew Little confirmed late last month he would order the compensation to be increased to match inflation.

Mr Pora was wrongfully jailed for the 1992 rape and murder of Susan Burdett, and guilty again in a retrial in 2000, but the convictions were overturned in 2015.

Pora feels 'happy and free' for the first time - supporter

It was fitting that today Mr Pora's long-time supporter, Tim McKinnel and lawyer Jonathan Krebs stood outside the High Court in Auckland where the wrongful convictions were handed down, 23 years ago.

Mr McKinnel said the case was over now - there was nothing more to fight for. 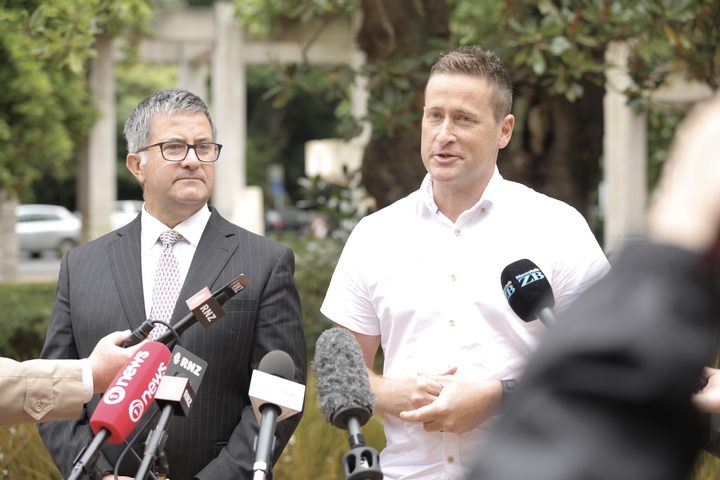 "In Teina's words, he wants to thank 'the Andrew guy that's fixing it all'. So, he's absolutely thrilled.

"He said to me this morning that, for the first time, he's happy and free. Those are his his words verbatim."

The additional money announced today would be paid into a trust to benefit him and his whānau.

"When we first began to analyse the compensation payments made to others, we thought the range of $6m to $8m would have been consistent with what others were paid.

"Having said that, Teina is more than happy, it's more than he will ever need. He's very grateful." 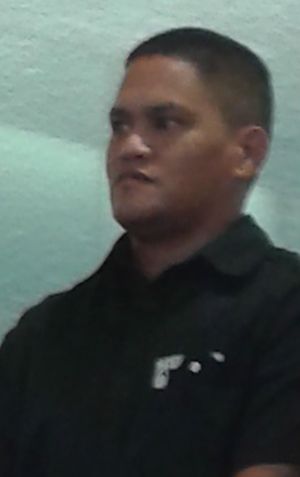 Mr Krebs said a Criminal Case Review Commission should be created that would sit outside the courts and see cases independently investigated.

"There are times when things go wrong.

"Mr Pora's case was a case that was wrong from the outset and at no stage has anybody in any official position, until this week, stepped back and said: 'Something has gone wrong there. We should all look together at the corpse of this case and work out what's happened'.

"And that's been a problem and it's been resistant we've found day after day, week after week, month after month, year after year, until now."

A 2006 report by the former High Court judge, Sir Thomas Thorpe, estimated there could be 20 people in New Zealand prisons serving sentences for crimes they never committed.

Mr McKinnel said when they started working on Mr Pora's case, they naively believed authorities would cooperate, realising a wrong needed to be put right.

"That's not what's happened. What appears to have been the culture and the approach is to resist everything and make us prove it, knowing full well that we weren't properly resourced.

"So I have real issues with the justice system that sees justice as secondary to preserving what is already in place.

Mr Krebs praised Tim McKinnel - a former police officer and now private investigator - who took up Mr Pora's case and has fought for justice ever since.

"Without Tim's insight back in 2009, his dogged pushing to get into the case from the start, Mr Pora is likely to have still been in custody.

"Tim is the hero, the singular hero of this case."

"Both the Prime Minister Jacinda Ardern, and I as opposition spokesperson for justice, had a commitment to putting this right."

But Mr Little said Pora was unlikely to be the only miscarriages of justice and changes needed to be made, including a Criminal Cases Commission.

He said the current system of going through the Appeal Courts before applying to the Governor-General for mercy was murky.

"Actually, we've got to throw a bit of sunlight on that, make it more systematic, make it more accessible because getting justice should not rely on well-meaning, well-motivated people like Tim McKinnel to be the the crusader.

"Because justice might now have been done for Teina Pora but there will be others who are in prison at the moment who don't have a champion."

He said work on an Independent Criminal Cases Commission was already underway and there would be developments over the next year.

Mr McKinnel said to remember that the murder of Susan Burdett remained unsolved.