Staff at the Marlborough District Council have deposited 2000 hours into a new "sick leave bank", its creator says.

The idea in which staff deposit surplus sick leave for colleagues to use has attracted widespread applause.

The council's human resources and health and safety manager Phillip de Bruyn said it attracted more than 1000 hours of paid leave within hours of going live in August, and the tally was now at 2000 hours. 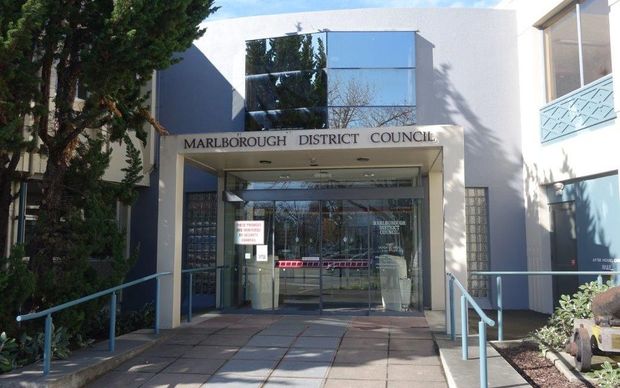 Mr de Bruyn said the idea had been borrowed from the Bay of Plenty Regional Council and adapted to suit the needs of Marlborough council.

He said staff with more than 65 days accrued leave could voluntarily donate to the bank. The pool of hours then became available to those who had used up their sick leave and were struggling physically, financially and emotionally.

"We're not having this as something that's open-ended. There are some limitations and it is just to help people who are hitting hard times."

One staff member said she had not hesitated to help out. Sue Bulfield-Johnston has worked at the Marlborough council for 17 years and accrued roughly 80 days of sick leave. The senior administrator has just handed over 15 days of that leave to the bank.

"Well why wouldn't you? When it's a resource that's available for people when at their point of need. We all know someone who has been sick, or we may become sick ourselves. It's just something prevalent in all our lives."

"To have colleagues donate hours when they don't need it is great. It recognises that we have a common approach to ensuring that we look after each other in the workplace."

Mr Zindel said many workers only had the statutory minimum of five days' sick leave.

"Many employers don't really count the cost in value of a worker more than the technical requirements of a contract, that they only have to pay for five sick days a year."

Mr de Bruyn said the scheme would not cost the council any more as there is no increase in entitlement.

He said so far only one staff member had applied for help and staff had honoured the scheme despite initial questions that it might be open to abuse.

"Like, 'isn't every Tom, Dick or Harry who has a headache after a party going to apply to the sick leave bank and say I need this because I'm so sorry for myself'. But that never happened because people know that other people donated this."

Mr de Bruyn said the scheme could also be used by parents needing leave to care for sick children.

Nelson solo mother Amanda Kane wished she could have had a similar scheme available to her in her former workplace.

She said it will be a huge help to working parents because the stress caused by being off work through having to care for a sick child, is immense.

"It's difficult when your child gets sick and then you can use up all your year's leave on one bout of child sickness. It's quite a distressing situation to be in."

Ms Kane said accumulated sick leave was a liability to an employer, but this scheme pooled it and made it readily available.

Sue Bulfield-Johnston said she was satisfied giving her leave to others who needed it this time, and was happy to know there was a safety net there should she require it in the future.

"If I need it I know I can tap into this resource, so I have no hesitation in doing so, and as my time builds up over time I'll continue to donate."

She encouraged other employers to do the same.