School teachers and principals are anticipating the end of the national standards in reading, writing and maths under the new government.

The Labour-led coalition was expected to abolish the system, which was introduced in 2010 despite widespread opposition.

School principals and teachers told RNZ they would be happy to dump the standards.

Wellington teacher Charles Bisley was at the forefront of opposition to the standards when they were introduced eight years ago.

He said he was delighted the standards would be abolished because they focused too much attention on a small part of the curriculum.

"We have this very rich curriculum which engages children. What suddenly happened was not only did the focus move to literacy and numeracy, but also to a very narrow view of what those things were," he said.

Mr Bisley said the government wanted the standards to help raise the achievement of students who were disadvantaged or were not achieving to their potential, but they were counterproductive.

"Now we'll be able to concentrate on the process of learning and measure that as we go and report that to parents as we did before national standards came along," he said.

Another opponent of the standards, the principal of Hastings Intermediate School, Perry Rush, said principals and teachers around the country had been telling him they were excited that the standards would soon be dropped.

"What national standards did to learning was reduce the capacity for teachers to be creative and to value learning outside of the core curriculum and we see a lot of excitement that teachers are now able to get back to having a broad and open curriculum," he said.

"If the national standards did anything it sharpened up the conversation about what constitutes progress. There's no doubt that when the standards go there'll still be an important conversation to be had around how schools are able to communicate to parents about their child and what progress looks like."

'They're neither national nor standard'

The principal of Kelburn Normal School Andrew Bird said the school was still using the standards for assessment but he would be pleased to see them go.

"They're a distraction. They're neither national nor standard, there's so much variability in making that teacher judgement, the decision, across the country," he said. 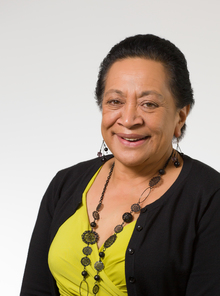 The president of the School Trustees Association, Lorraine Kerr, said it was likely some trustees would not be familiar with other systems for reporting children's achievement.

"If you're a new board member, that's all you know is national standards. So maybe we have to as an organisation do some work around that," she said.

A senior lecturer in education at Victoria University, Michael Johnston, advised the National-led government on the standards and helped develop the PACT system for guiding teachers' use of the national standards.

Dr Johnston said there would be upsides and downsides to the abolition of the standards.

"In terms of what will be lost, I guess a national lens on literacy and numeracy - if we're going to have all schools deciding what to do in their own right, we could have a fairly patchy system if we're not careful. On the upside, there's been a lot of difficulty getting the national standards consistent anyway," he said.

He said schools would now use various tests and assessment systems to compare students' achievement to average levels of achievement and/or track their achievement.

In order to get a picture of how children were achieving nationally, the government would be reliant on the National Monitoring Study of Student Achievement run by the University of Otago and the Council for Educational Research. The study tested several thousand children each year on different areas of the curriculum.

Dr Johnston said the government should make sure schools' assessment of students informed learning rather than disrupting it. He said the standards were good in that respect because they relieved on teachers' observations and judgements rather than on excessive testing.