The America's Cup and the Ranfurly Shield are on public display together today in New Plymouth in what's believed to be a first.

The America's Cup dates back to 1851 while the Ranfurly Shield was first played for in 1904.

The Auld Mug is making the last stop on its nationwide tour at the New Plymouth Yacht Club and its commodore, Jason Holdt, has pulled some strings to ensure the Ranfurly Shield would be there too.

"We had a family member up at the rugby union and, providing they won against Manawatu last week, we had it all lined up so as soon as they kept the shield we booked them in to have them both down here and on display.

"It's been pretty good." 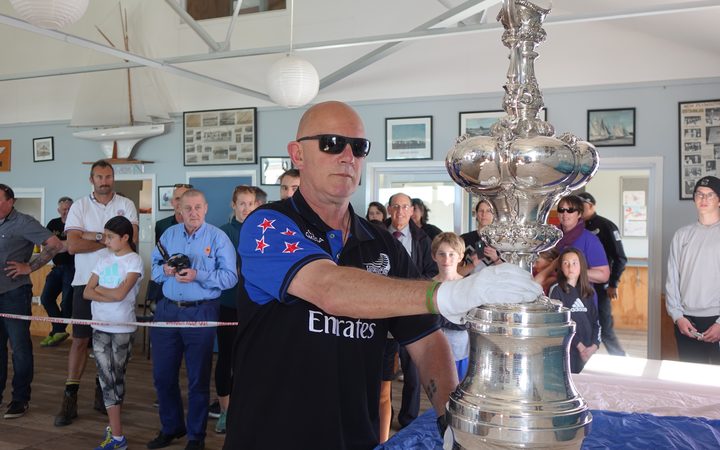 Mr Holdt said as far as anyone one could tell it would be the only time the two prized trophies had been together in the same place.

"The America's Cups is well over 100 years old and I think the Ranfurly Shield is pretty close too so with it being the first time having the two together it should be a special occasion."

Mr Holdt said he expected a crowd of up to 4000 to try and get a glimpse of the trophies.

The trophies go on public display from 5pm at the New Plymouth Yacht Club on Marine Parade at Ngamotu Beach.