After the shock of a cancer diagnosis, doctors and patients say hair loss due to treatment ranks near the top of what many women fear most.

But hope is on the horizon in the shape of a pilot programme - the first of its kind in New Zealand - to reduce the risk of the often devastating side effect.

The Breast Cancer Foundation has spent $67,500 on the pilot scheme being run at Nelson Hospital, which includes a special scalp cooling machine, and a specialist nurse to operate it for six months.

The technology has been proven overseas, and works by making the scalp cold enough that the blood vessels constrict, limiting the amount of chemotherapy that reaches the hair follicles. 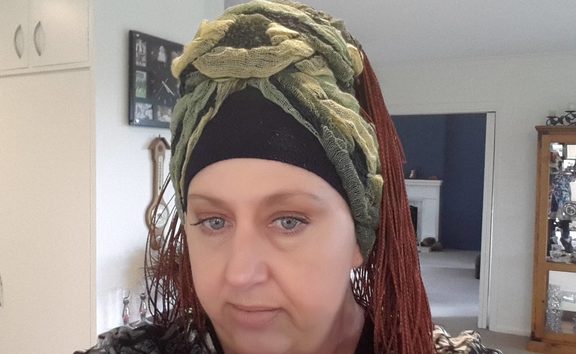 Ashburton-based former hairstylist Raewyn Robertson, who underwent cancer treatment three years ago, said hair loss can lead to a crippling loss of self-esteem. She said it is also like wearing a badge that tells others of your illness.

"When you lose your hair people automatically think you're sick, and treat you differently. They don't know how to respond to you, they don't know what to say to you. You sort of feel inferior, although you can be quite normal feeling on the inside and you go out, and then someone will look at you funny and you... you just feel little again."

Mrs Robertson said she had seen women so distressed by chemotherapy-related hair loss, they had retreated entirely from life, and even from family members.

Foundation chief executive Evangelia Henderson said the aim was to reduce distress, and therefore improve the quality of life in people undergoing treatment.

"It's hugely distressing for patients, so why have them go through such a distressing time if they don't have to?"

Ms Henderson said the pilot was specific to breast cancer patients, but the technology would be available to a wider range of cancer patients if adopted around the country. She said it has been used overseas for some time, and was proven to work on most people.

"It doesn't help everybody - not all women react the same way, but we're hoping more than 50 percent of women undergoing chemotherapy while using the scalp cooling will keep their hair."

She said evidence from overseas showed some people found the caps too cold, and opted not to use them. They must be worn before each treatment begins, for the duration and then for a while after. 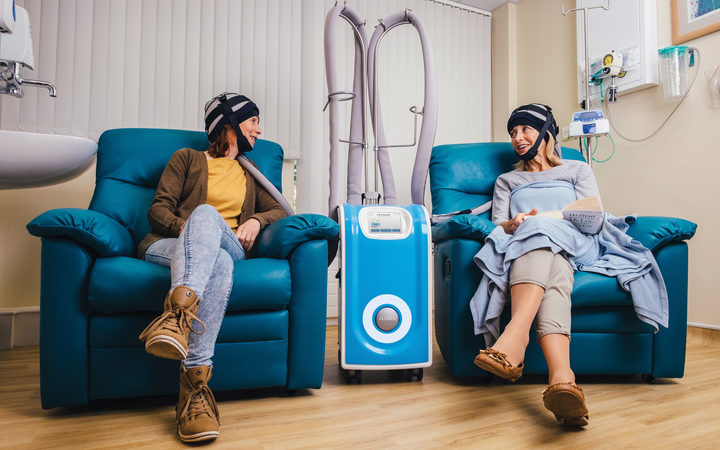 Two patients use the scalp cooling machine ahead of their next round of breast cancer treatment. Photo: New Zealand Breast Cancer Foundation

Statistics show that breast cancer is the number one cancer for women, with 3000 being diagnosed each year. About 20 men each year are diagnosed.

The Nelson pilot is being led by consultant medical oncologist Dr Kate Gregory, who said she sees between four and five new patients each week.

She said it was often true that patients who feel better about themselves respond better to treatment.

"I do think those patients who manage to carry on their normal lives as much as possible do seem to cope better with things, and I think that is important for people if at all possible.

"Some women cope with [hair loss] fine and it doesn't really bother them but others... I think it is challenging for people."

Dr Gregory is grateful that the Breast Cancer Foundation and the Nelson Marlborough District Health Board were willing to trial the cooling cap technology. She said it had taken a while to reach New Zealand, possibly because of the cost and the fact it is seen as a luxury item.

She said the pilot scheme would also analyse the impact on hospital resources and staff time, as use of the cooling cap requires patients to remain longer at each clinic.

She has used her own experience to forge a career in using organic hair and skin products to help women in treatment feel better.

She said hair grows back - often better than before, but the main thing for people undergoing treatment is to learn how not to feel bad about themselves.

"Go and talk to people about it, and see how they've coped with it. There's funding for getting wigs and things through the cancer society - the government funds a percentage of it. Definitely go and do that because they're specialists in their field, and it's fun. You know, try out a couple of wigs or wear nice scarves."

The Breast Cancer Foundation's annual pink ribbon appeal is on tomorrow and Friday.