A Carterton man diagnosed with Multiple Sclerosis in 2014 has made a miraculous recovery after receiving treatment overseas costing nearly $200,000. 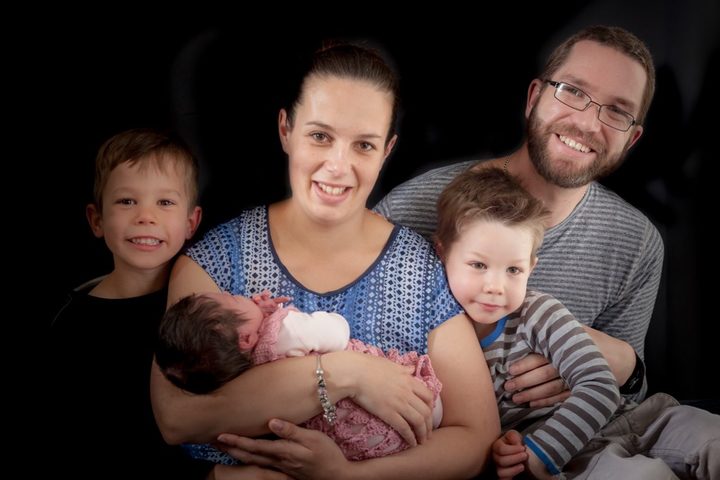 Nick Perkins, who became virtually blind in one eye and suffered extreme fatigue as a result of the illness, said the risky treatment paid off and after 11 weeks in hospital he was allowed to go home.

Multiple Sclerosis (MS) affects around 4000 New Zealanders. It's a disease that damages areas of the brain, spinal cord and optic nerves causing problems with vision, balance, and muscle control.

The 34-year-old father of three said the disease meant he could not spend quality time with his young children.

"I was just so tired all the time that I was no fun to be around for them.

"The whole burden of having this degenerative disease kind of takes over your life, everything in life was about MS rather than anything else."

He spent a year fundraising for the treatment, which involves removing a patient's existing stem cells, undergoing chemotherapy to stop the disease from attacking the body and then putting the stem cells back in.

Mr Perkins travelled to Singapore - a decision that came with a $170,000 price tag and a high chance of complications.

His wife Danielle Perkins said she explained the whole process as best she could to their five and three-year-olds.

"So we just told them that Dad was going over on a big plane overseas to have an operation basically to fix his brain."

Mr Perkins said the risk was worth it.

"The fatigue has gone almost immediately. I've since been to the neurologist and they've measured that there's effectively no measurable disability that I'm displaying so, you know, I just can carry on and live life normally, which is so amazing." 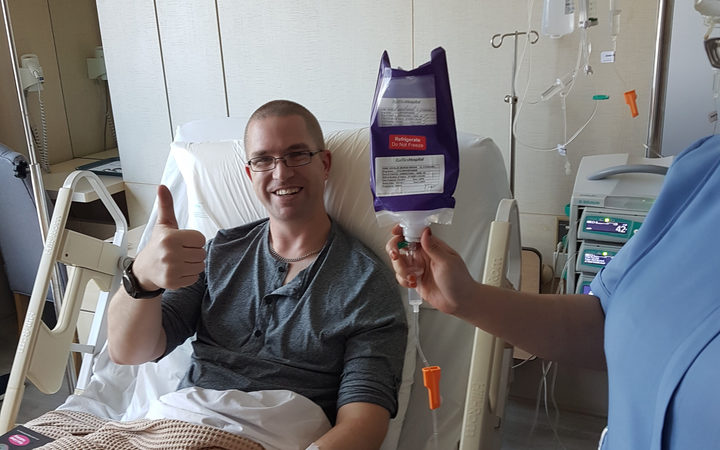 Nick Perkins in phase two of his treatment. Photo: Supplied

The Multiple Sclerosis Society said there was a growing number of New Zealanders travelling abroad to receive the treatment, and many were coming home with positive results.

It said the treatment was not offered here because stem cell therapy studies showed it was still an experimental treatment.

Stem cell transplants are available in Australia and the UK but only under specific study protocols with strict guidelines.

Auckland's Robert Irving is among those wanting the treatment after living with the disease for 13 years.

He suffers from fatigue, pain in his legs and both of his hands are completely numb.

He said he was doing everything he could to save the $50,000 it was going to cost to get the treatment done in Russia.

"Initially my plan was to sell shares but that all collapsed about the time I needed the money so then I tried selling cars and stuff.

Mr Perkins said there is a 20 percent chance of regression from the treatment but said even if the symptoms held off for another 15 years he would be happy.

He has set up a charity called Kicking MS in the Nick of Time to help sufferers of MS get access to the treatment overseas.