A former US diplomat is convinced an American student who died after imprisonment in North Korea was tortured.

Otto Warmbier, who was 22, died in June a week after he was returned to the US. He fell into a coma while in prison in North Korea.

"The information that came out was very disturbing, it confirmed some of my worst suspicions. 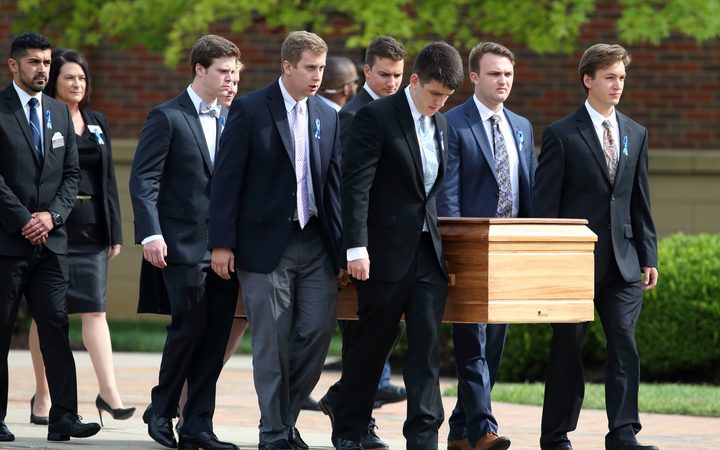 The casket carrying the remains of Otto Warmbier is carried out of Wyoming High School after his funeral. Photo: AFP

"As you may know I worked closely with the family for a long time and had more than an inkling of the maltreatment of this young man."

He said it remained to be seen what the ultimate impact of Mr Warmbier's death would be on the unfolding crisis, as tensions between the regime and the US continue unabated.

"This will push emotional buttons among many, many Americans. 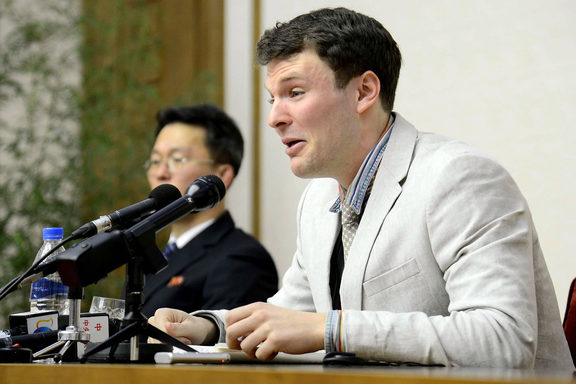 "To be very frank I have been personally convinced that this young man was physically abused while he was in North Korean hands, and now we have the family coming out and providing some details as to what happened. It's all very disturbing and upsetting.

"Not only has the rhetoric been heightened and intensified ... it's become very personal.

"You have two leaders, the two primary actors in this drama, or tragedy, who are addressing each other in the international media in pretty hostile terms, very hostile terms, in a way that's really unprecedented in the history of US-North Korea relations.

"We've been able [in the past] to separate North Korean rhetoric from the reality of what North Korea can do. But now we have a North Korea that is not only continuing to engage in this rhetorical overkill but actually has the ability to do some of the things that it is threatening to do.

"And then on top of that we have the American president, who is engaging personally in attacks on the North Korean leader, and it's been reported that he's done this against the advice of many of his key advisers.

"There's probably nothing more likely to elicit a strong and violent response from North Koreans than attacking their leadership.

"It's very difficult for these two leaders to back down without losing face. 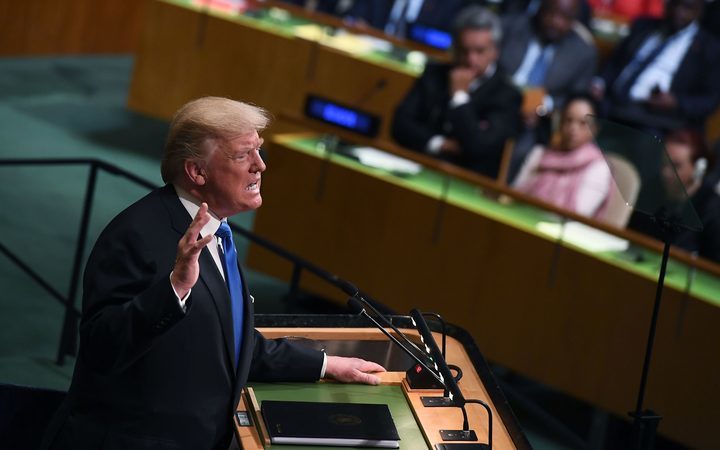 "Let us hope there are wise people and wise counsellors in both capitals."

Mr Revere said in his experience the North Korean leadership had channels for getting information in and out, information which gave them a picture of what the US thinks, but that information could get distorted when communicated to the regime.

Mr Warmbier was returned by North Korea to the US in June, more than a year after he had been sentenced to 15 years hard labour.

He was in a coma and died a few days later.

US doctors at the time said he suffered a "severe neurological injury", the most likely cause of which was a cardiopulmonary arrest that had cut blood supply to the brain.

Mr Warmbier was a student at the University of Virginia and was travelling with a tour group when he was arrested at Pyongyang airport in January 2016.

He was accused of stealing a propaganda sign from a hotel and, two months later, was sentenced during a short trial.

His family had no news of him until 13 June, when Pyongyang said he had been in a coma since his trial after contracting botulism and receiving a sleeping pill.

US doctors said there was no evidence he suffered from botulism, and the Warmbier family believe he died as a result of "awful torturous mistreatment".

A coroner in the US has said there was no clear indication of torture.