An animal rescue charity is calling for tougher regulation of rabbit meat farming after it bought 75 neglected and injured rabbits from a seller on Trademe.

When an advertisement selling a rabbit meat farm based in Manawatū popped up on Trademe this month for $5000, with photos of wounded bunnies stacked in cramped, bare commercial cages, charity Helping You Help Animals (HUHA) was flooded with messages from alarmed people.

"I asked him how they cleaned the rabbits and, he said, basically they sluiced them down."

"They're all in cages around 500cm x 500cm x 600cm with a small chopping board in the corner to balance on - the rest of the floor is a cage, mesh floor." 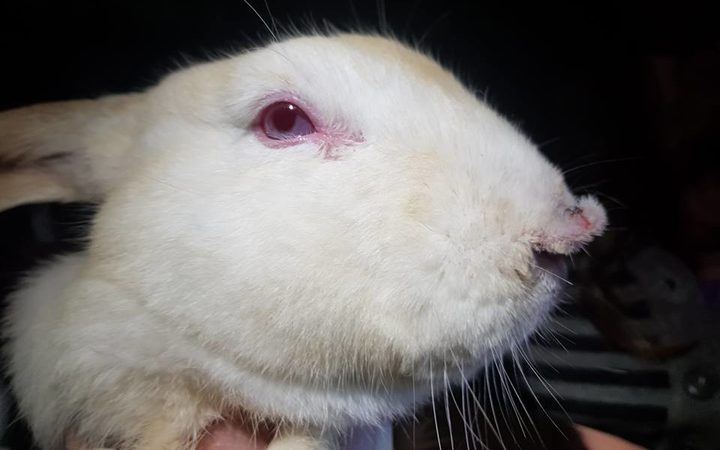 Some of the rescued rabbits had torn off noses from where they'd sniffed through the cage wires and been bitten by the rabbit on the other side. Photo: Helping You Help Animals

The rabbits were exposed without shelter nor bedding, comforts or room to stretch, Ms Press McKenzie said, and every rabbit had an injury. 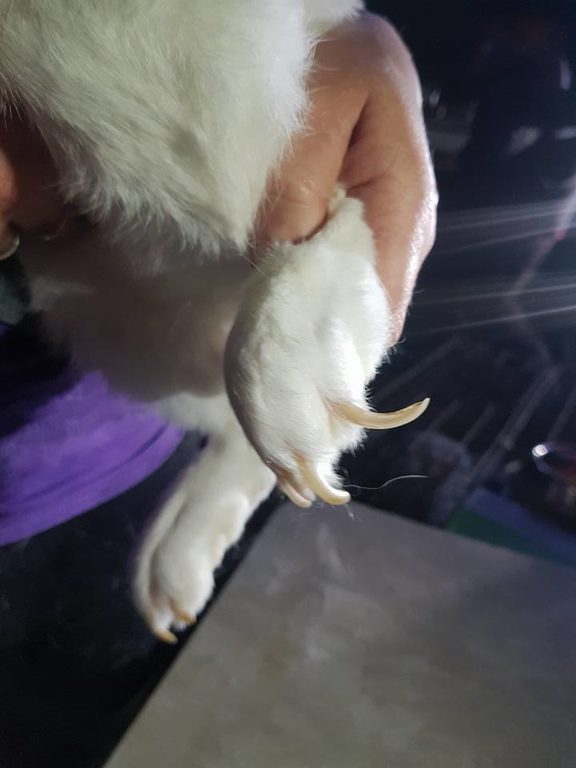 Many of the rabbits had long twisted claws. Photo: Helping You Help Animals

Some had old broken legs; others torn off noses where they'd sniffed through the cage wires and been bitten by the rabbit on the other side, she said.

"There were quite a few mangled faces."

HUHA decided to buy the farm rather than lodge a complaint with the Ministry for Primary Industries.

"We don't protect animals well - as long as there is food, water and shelter - generally how an animal is kept is acceptable."

"We've been doing this for 17 years now and we've realised that if we go in to ask people to step in or we wait, often we are disappointed."

"It's just heartbreaking, when you don't get the end result, which is getting those animals to safety."

While HUHA often works with the SPCA or MPI, it wasn't confident the rabbits would be promptly rescued because there is no code of welfare protecting them.

Ms Press-McKenzie said MPI contacted the group after seeing their social media posts and discussed the possibility of a code of welfare.

She said that should be a bare minimum to protect rabbits against old-school farming practices and put the industry on the radar.

"If you look at factory farmed chickens, sow crates for pigs and even the way we chain dogs in New Zealand, in back yards - there are so many things we are doing wrong."

She said the codes did not actually protect the animals but would be the first step forward.

The HUHA team are in the process of cleaning, clipping, micro-chipping and de-sexing all of the rabbits to rehome them as pets through their website and Facebook page.

The Ministry for Primary Industries said there were only two registered rabbit meat farms for human consumption in New Zealand and another 15 processors of wild rabbits for both human and animal consumption.

A spokesperson said anyone in charge of animals must comply with the Animal Welfare Act. 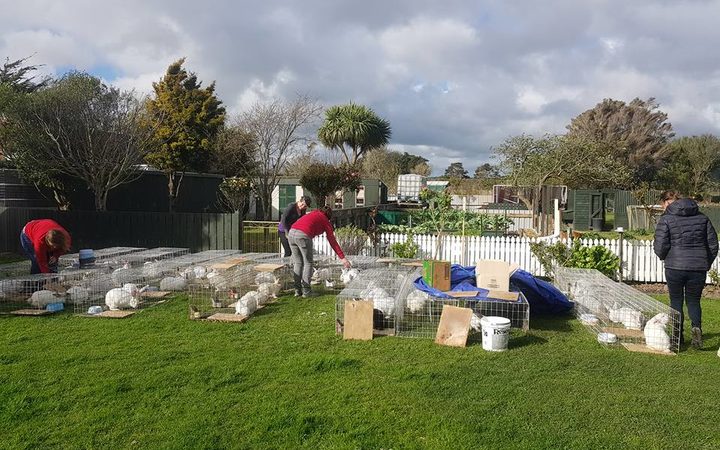 Some of the rescued rabbits at the HUHA sanctuary. Photo: Helping You Help Animals

"They must ensure animals' physical, health and behavioural needs are met, and that appropriate treatment is provided for any ill or injured animals under their care," the ministry said.

However the ministry said it would not be able to investigate the farm because it had now been dismantled and evidence lost.

"HUHA itself acknowledges that there is little MPI can do about the claims of mistreatment, as the organisation has taken over the farm and there is no longer any evidence that we can use for a formal investigation."The ministry has raised it with the National Animal Welfare Advisory Committee, which decides whether to prioritise a code of welfare for rabbit farming.