Living in energy hardship: 'We couldn't make it through the winter'

Hundreds of thousands of Kiwi homes are suffering from 'energy hardship', according to Stats NZ. Checkpoint finds out what that means for families trying to keep warm. 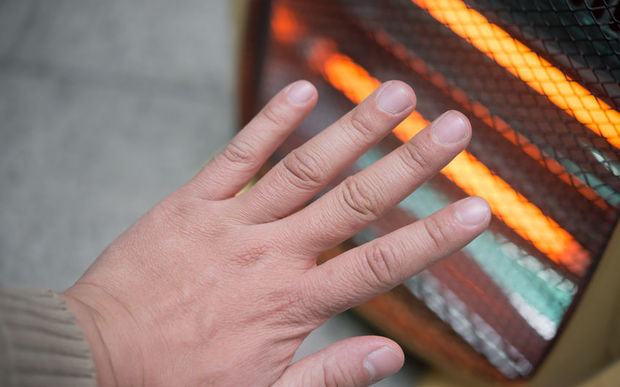 Stats NZ's recent research about 'energy hardship' in New Zealand found that nearly a third of people struggle so much with the cost of electricity that they sometimes opt to be cold, instead of heating their homes.

Renters have it particularly tough, with nearly half struggling to warm their homes, compared with just 22 percent of home owners.

While the government has offered insulation subsidies since 2009, uptake has been slow, according to Energy Minister Judith Collins.

After eight different rental homes in a decade, Alexandra Saunders told Checkpoint there was a clear and common trend with her landlords.

"They did everything they could to the property up to the legal limit, but they never went beyond."

She said she had been unable to keep three different rental places warm and dry.

The first two were uninsulated with no heating source except a power plug, she said.

"March 2009, we moved in and we left in September. We couldn't make it through the winter, basically it was too expensive."

At the second rental, the only heater was a fixed panel heater in the living room, built into the wall to prevent theft. She said heating that place cost them $620 in June.

"And that's including the discount for paying on time, because it was only electric. No gas, no woodfire, no other way of heating, it had to have electric heaters. We had to have one in the nursery with the baby, one with my eldest child, one in the living room and one down in the playroom living space area."

"After we signed the lease and settled, he was like 'oh no, it's not a suitable house for a heatpump'. So he gave us another oil-fin heater. We already had one of our own, but we actually couldn't afford to run them both all the time."

Listen to the rest of Zac Fleming's full report here: