Refugees from Myanmar are living in appalling, unimaginable conditions across the border in Bangladesh, a New Zealand aid worker says.

A refugee crisis has been mounting since August when state authorities and the military cracked down on the impoverished Myanmar coastal Rakhine state, which is home to an estimated one million Rohingya. The military claimed to be fighting militant insurgents.

Charlotte Glennie, an ex-pat New Zealand journalist working for Unicef on the border of Bangladesh, spoke to Checkpoint with John Campbell about the conditions 400,000 Rohingya people have been faced with after fleeing Myanmar. 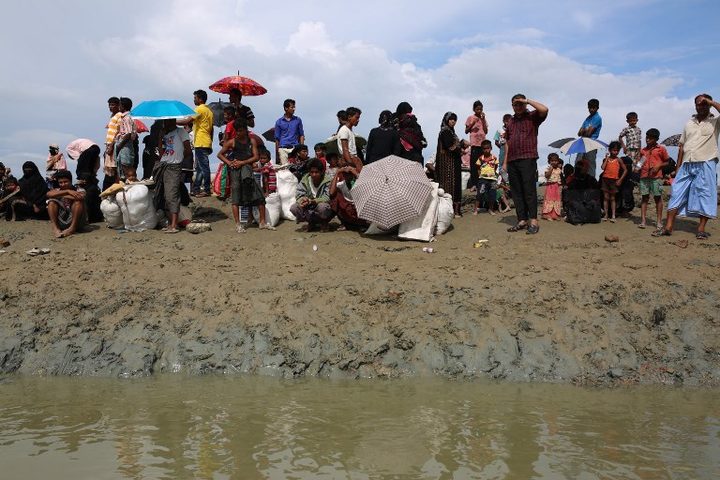 She said sanitation was a major concern.

"There is very little clean water, we're trying to get clean water to people. There are very few latrines so you imagine with the number of people around they're all living in these crowded, crowded conditions."

Tens of thousands of people were living in refugee camps, makeshift camps and spontaneous settlements, which popped up anywhere people found space.

They were living on hills and in swampland, she said.

"I met a man and his wife and their little baby a couple of days ago who had literally had to stand up all night holding their baby above them because it was pouring with rain and they'd been flooded out and the water was rising and rising and it was pitch black, absolutely nothing around, just this tiny bit of plastic sheeting over their heads.

"The family stood all night to keep themselves alive, she said.

"The mother couldn't even swim.

"That's the kind of conditions that people are living in.

"There's a very grave threat of disease ... Unicef are vaccinating 150,000 children ... because if there is an outbreak of one of those diseases it would just spread throughout the camp and kill lots of these children, who have already suffered so much."

She said the logistical difficulties included the geography and refugees moving around the area. In one case, a mother brought her nine-month-old to get a measles vaccination but the baby was severely malnourished.

"The baby was tested and rushed straight to a clinic.

"She was 20 years old and six months pregnant and she told me about this baby and she didn't know where to go ... she'd been moved on three times. She'd had very little food.

"I've never seen anything on this scale in terms of living people just pouring in and just desperately trying to survive in what are unimaginable conditions.

"There is still hope but they need to be helped."