Union workers who complained about unsafe conditions at SaveMart stores have been made redundant, soon after John Campbell was invited to the New Lynn store to see the operation for himself. 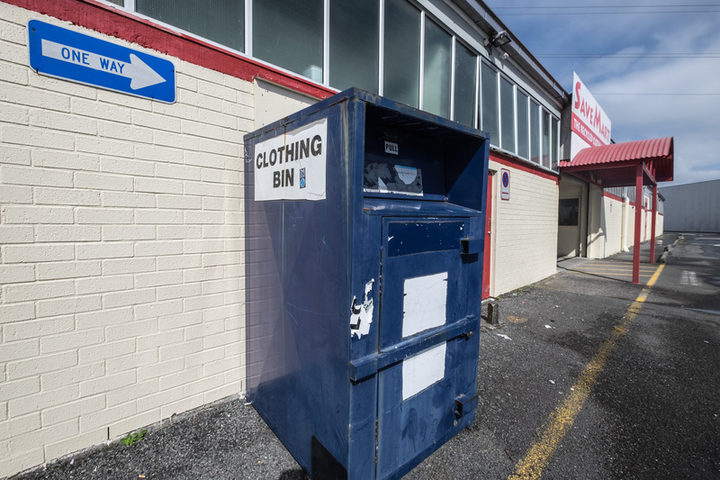 SaveMart workers have told Checkpoint they have been exposed to health and safety risks by being denied the use of gloves while sorting through clothing donations made through the big blue bins in many New Zealand neighbourhoods.

Workers have spoken of finding syringes, broken glass, used sex toys, and clothing covered in blood and faeces, as they sort through the donations.

WorkSafe said earlier this week it would investigate health and safety standards.

First Union organiser Graham McKean told Checkpoint that while investigators were at the New Lynn store today, the 10 union members at the store were given four weeks notice of redundancy.

"We've got a whole bunch of union members - and they're all women - who have commitments, children, some of them are solo mothers and they're distraught and don't know where to turn. We now have to navigate through that."

Mr McKean said he could not comment on whether non-union staff had also lost their jobs.

Earlier, SaveMart owner Tom Doonan allowed Checkpoint to talk to staff at the New Lynn store, but after being promised free rein to talk to staff, RNZ was prevented from speaking to union staff.