Pensioner in poverty: Life in a caravan

An elderly woman living in the Bay of Plenty says she has no choice but to live in a caravan at a campground, because the pension is not enough to live on.

Lynette Haines, 69, is single and doesn't own a home - she receives $390 a week through superannuation.

The cheapest liveable rentals available in Tauranga cost about $300 a week, which Ms Haines said would leave her just $90 for essentials, healthcare, and food.

She instead lives in a 3.3m caravan - just long enough for an average man to lie down arms stretched overhead - at a campground for $154 a week. 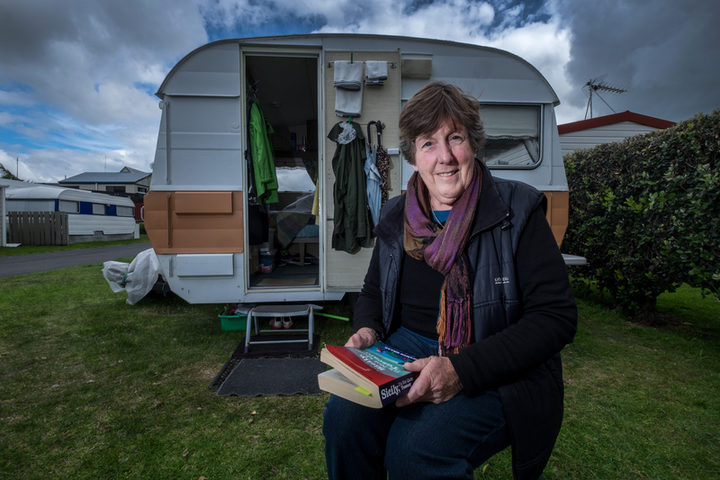 Lynette in front of her home Photo: RNZ / Brad White

"OK, I could go out tomorrow and rent a little place and hand all my income over to the landlord, but that means I've got nothing left for dental care, healthcare, keeping tyres on the car, keeping the warrant and registration going, putting food on the table."

Grey Power national president Tom O'Connor said there were countless pensioners in New Zealand "who are by any measure living in poverty".

"You can't live in a wait list. We have people living in dire straits in this country and that's an indictment on a succession of governments that have allowed it to happen."

Ms Haines is on the Ministry of Social Development's Social Housing Register.

The Ministry of Social Development said she was a high priority, but one-bedroom places in Tauranga were "hard to come by".