The death of a 93-year-old man less than 24 hours after he was sent home from hospital with a blocked bowel is being investigated by the Hawke's Bay District Health Board. 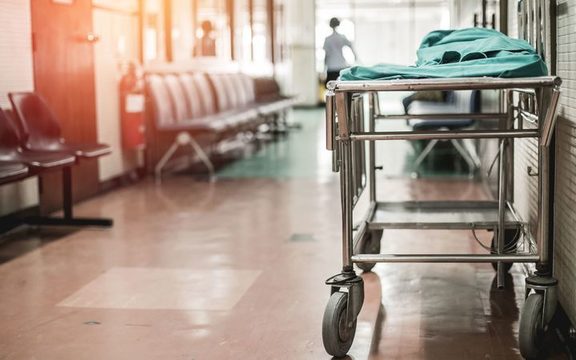 John Stacey died in his own home last month the day after a scan at Hasting's Memorial Hospital revealed the blockage.

That prompted Jennifer Wells to complain to the Hawke's Bay DHB about her father father's treatment because she said she did not want it to happen to anyone else.

She told Checkpoint with John Campbell he had been unwell for weeks - vomiting and unable to keep food down - and a scan at the hospital revealed the issue.

"They said he had a blocked bowel and they sent him home.

"He was in agony but they sent him home.

"You've got to be pretty sick to die within 24 hours," Ms Wells said.

Nobody from the Hawke's Bay DHB was available to be interviewed.

But in a statement, acting chief medical officer Russell Wills said Mr Stacey was treated as an outpatient on the afternoon of 4 August.

Dr Wills said it had only received the complaint this morning and would "investigate this thoroughly as a sentinel event".

He offered his condolences to Mr Stacy's family.