The days of owning a car may be numbered in Christchurch thanks to a new car sharing scheme.

From November 100 fully electric vehicles will be available for residents to hire as part of a city council-led initiative.

The cars will also be used by the council and 11 public and private sector organisations in place of their regular fleet. 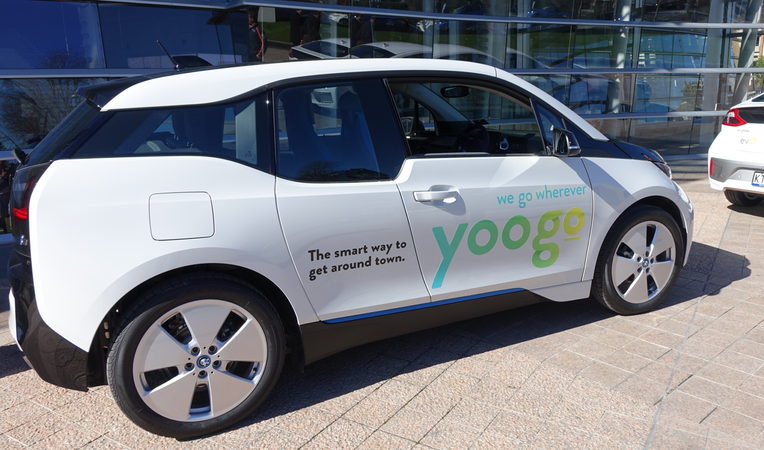 Rachel Cadle from the Canterbury District Health Board (DHB) got to take one of the new cars for a spin on Wednesday at the launch of the car share scheme.

"It's really nice to drive, very very pleasant ... I'm worried about how quiet it is because I'm a cat owner and my cat won't hear it."

The DHB is one of 12 private and public organisations planning to use the cars in place of their regular fleet of vehicles.

The city council has made the biggest commitment and plans to retire 52 of the petrol cars it uses at the moment and get staff to use the share scheme instead.

Christchurch mayor Lianne Dalziel said she would be making use of the cars, especially at night when catching the bus became less safe.

"A lot of people look to being fast followers, I think we've got an opportunity as a city to be leaders. You know we are going to have to address emissions, but at the same time it's actually better for air quality that we take those fumes off our streets."

Initially the cars would be stationed at three hubs in the CBD complete with charging stations, but the plan was to expand that to 10 hubs spread throughout the city where cars could be picked up and dropped off.

The council said the initiative would not cost it a cent with the expense of purchasing the 100 electric vehicles taken on by the leasing company Yoogo.

Yoogo general manager Kirsten Corson said the 12 organisations that had signed up so far would be given priority, with casual users given access through an online booking system.

The beauty of the scheme was the vehicles would be available 24 hours a day, she said.

"It could be Uber drivers, it could be Domino Pizza delivery guys."

So should people do away with their cars and opt for the share scheme instead?

"It obviously depends where you live. The model that we're working with now is quite CBD-focused, although we do have hubs in Papanui, Fendalton and Lyttelton that open next year and what we want to do over time is increase those hubs around the city," Ms Corson said.

The city councillor that pushed hard for the scheme, Vicki Buck, hoped the scheme would grow in popularity as people saw for themselves how cost effective it could be to share a car rather than owning one outright.

She believed it would be a game changer.

"When you start thinking about not owning cars but being able to share them from a convenient location, that's quite a different thought process as well, I mean, all of that space we use to house our cars at night could be used for something else."

Ms Buck said electric cars were just the beginning and noted the city was about to take delivery of its first battery-powered rubbish truck.