Homeless accommodation 'not what I was expecting'

Families in the Far North needing emergency housing are being sent to a dilapidated campground to live in concrete rooms with no carpet, insulation or hot water.

About 40 people have been housed in 14 rooms at the former Whangaroa Harbour Holiday Park, five minutes' drive from Kaeo - a town that has been ranked as the most deprived in New Zealand by both Auckland and Otago University studies.

Bought in June by local iwi organisation Te Rūnanga o Whaingaroa, tenants say the rooms' walls are bare concrete, the floors are uncarpeted, there is no drinkable running water, the communal bathrooms and kitchen are often dirty, and there is no hot water in the rooms.

A young tenant at the campground described rūnanga staff as "awesome", but said they should "have been more prepared before they moved any of the tenants in" as the campground was "rundown".

The rūnanga bought the campground on 30 June, with some Te Puni Kōkiri funding, for $775,000. It was reopened a month later as an emergency housing facility.

Kaeo resident Kane Rifi stayed there for a week several years ago and said it was like living in a prison cell.

"Concrete floors, concrete walls, you're not really looking at anything. Just the quality of the place, it's been forgotten about."

He said he felt it was unsuitable for families to live at. 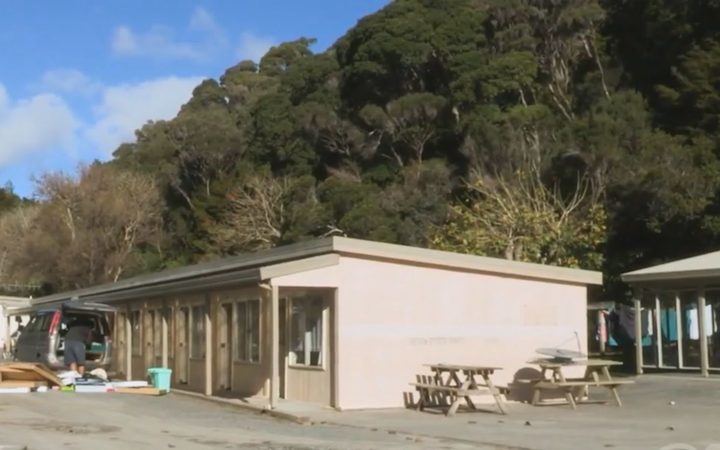 About 40 people are living at the former Whangaroa Harbour Holiday Park. Photo: RNZ

Repeated requests to view the campground, speak to tenants, or speak to someone from the rūnanga were all declined, and Checkpoint was told to leave after visiting the site on Tuesday.

Mr Faneva denied the water at the campground was undrinkable, saying the group of tenants that claimed they were having to drink bottled water were wrong, and the rūnanga recently replaced the campground's water filter after a complaint from one tenant.

"We have given all the tenants heating. This is not the Sheraton, most homes in New Zealand don't have carpet," said Mr Faneva.

"We provide them with a bedding package, we make sure they're safe, warm and dry, that is what we're providing. We've only purchased this complex in the last month, and we're still working through how we can improve on what we currently have.

"It's winter and we're not going to have families in tents or living in the backs of cars when we have a complex that we can get up and running."

'Simple, but clean and warm'

The Ministry of Social Development (MSD) declined to be interviewed, but in a statement deputy chief executive Scott Gallacher said the Ministry was "confident that the accommodation and support services Te Rūnanga o Whaingaroa is providing for families is meeting their needs".

"The accommodation is simple, but clean and warm. The units have oil fin heating, warm bedding, floor rugs, kitchenettes and TVs.

"The rūnanga has worked hard to get [the campground] to where it is today and further work is planned. They have just finished their wānanga room for their courses, and their office will be finished next week so they can have more staff on site and so tenants have access to computer and office facilities while looking for employment and permanent housing."

He said the accommodation met council standards, and had been assessed by a Ministry assessor as meeting the contractual standards expected to keep people warm and safe.

"Those teething problems that have occurred have been dealt with swiftly, with a focus on what is best for the families.

"In recent days, while a water problem was sorted out, 20-litre containers of water were available to tenants as an added precaution."

Government targets say families should not be at the campground for longer than three months, and should have a permanent home to move into by then.

A young tenant told Checkpoint the ministry had told her family they could stay longer.

"If we can't find a house then we can just sign up again to stay here," she said. 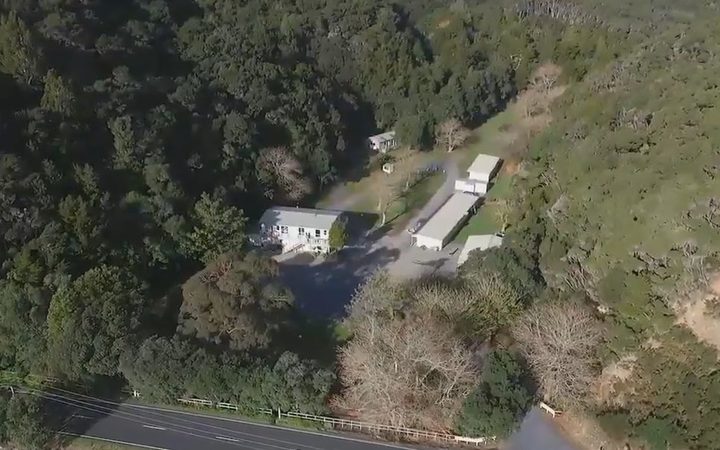 Children 'dumped' on nearby school

Kaeo Primary School principal Paul Barker said this month he felt families were being "dumped" on the town.

He said he had no idea the campground had become an emergency housing facility until five children from it turned up unannounced to enroll at his school.

"It feels like the already stretched resources in Kaeo are being even more stretched," Mr Barker said.

"I would've thought that someone from the Ministry of Social Development, the local rūnanga, or the Ministry of Education would have got in touch to ask what they could do to assist us, but I haven't heard from anyone at all.

Mr Barker wrote to the Ministry of Education: "Given the circumstances that some have come to us from, I am keen to get a new class set up to accommodate them and to keep the school on an even keel.

"This growth is unexpected of course and so though I have a classroom I have little or no equipment/furniture to set this up. Is there any assistance in these circumstances?"

The Ministry of Education replied that there was no extra money available.

It declined an interview, but spokesperson Katrina Casey said it "will be working with the school to put through an application for special reasons funding".

"The school has not fully claimed its usual furniture and equipment funding entitlement and we will now arrange for the balance to be paid which will help the school equip the room," she said.

"Interim Response Funding has also been allocated to help with the transition of new children into the school.

"Our staff in the regional office will meet with regional MSD staff to work out a plan for settling families in the Holiday Park with kids who aren't enrolled at school and ensure they have an education plan.

"Our learning support services will also be offering their support to the school to assess the needs of the new students. Our school financial adviser is also available to meet with the school's board of trustees to discuss their financial concerns."