Residents who live near a large boarding hostel in central Nelson are worried they can't find out more about former prisoners who are living there.

Figures obtained by a nearby homeowner under the Official information Act show almost 400 offenders have lived there since 2009 and up to 80 in a year.

The 190-room low-budget Franklyn Village near Nelson Hospital is a multi-level hostel and former nurses home, located within 700m of four pre-schools and five schools.

After a plan more than 10 years ago to turn it into visitor accommodation failed, a Christchurch businesswoman took it on, revamped it, and Franklyn Village opened in 2009.

Liz Harris said she aimed for the affordable accommodation market, and it soon began filling up.

Franklyn Village, which offers short-term accommodation from $140 a week for a room, to $320 a week for an apartment, is now full at about 300 people - and there is a waiting list.

A local homeowner, who does not want to be identified for security reasons, said OIA figures showed that the Corrections Department are using it to house former offenders. For the first three months of this year, there were 22 living there at a time.

The homeowner said she was surprised and worried to learn that more than a third of the 400 former offenders were caught reoffending while living at Franklyn Village.

She said in a statement that it was troubling Corrections could not reveal what the offences were. 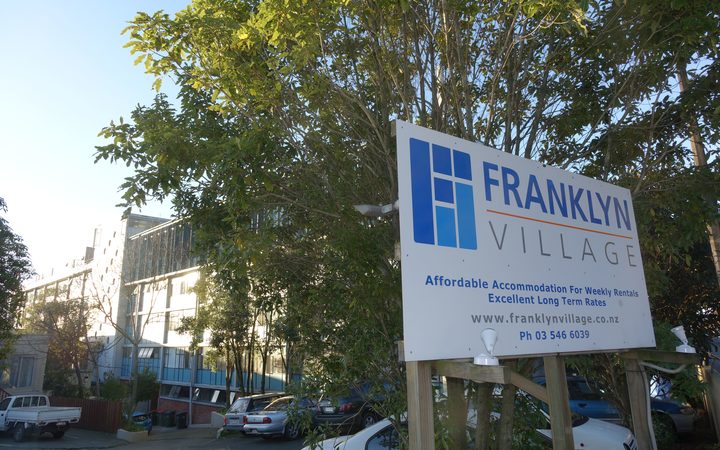 "I was hoping they could assure me they were not allowing significant number of medium- to high-risk offenders to live in a residential area, among children, elderly people and families, and next to schools and kindergartens. They did not do that."

Corrections told her it could not reveal the information for privacy reasons, but in a statement said it had a robust checking and follow-up programme.

"The department has comprehensive offender management plans in place for each individual in its care, and community Corrections staff regularly meet with offenders to assist in their ongoing rehabilitation and re-integration."

Another nearby home-owner, Dominic Alford, said locals just wanted to know more about their neighbours.

Franklyn Village manager James Campion said they employed 12 staff, with eight or nine on each day. There were almost 60 cameras in the building's public areas, and Mr Campion said they had a stringent tenant vetting process, which included close contact with Corrections and police.

He did not believe they had had sex offenders living there.

"For the six and a half years I've been here I have not let any in, that I'm aware of. We have an application process - any people who are returning from jail through Corrections, we ask them to write to us and to have that verified by Corrections to say that is the case," Mr Campion said.

Ms Harris said if a sex offender did lie about their crime, the police would soon know and the person would be evicted immediately.

"There are a lot of people in there trying to get ahead, and Franklyn Village is their home. Some of the people, if they couldn't stay there would be in night shelters or could be on the streets. That's not ideal either."

Mr Richardson said the public could be satisfied they were safe. 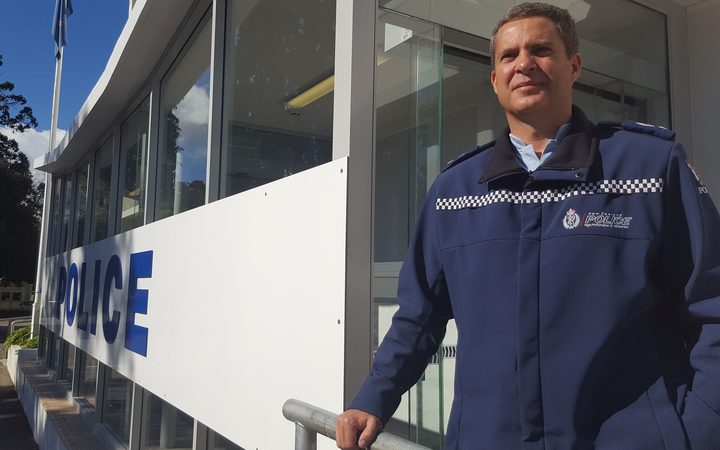 "There's no specific risk associated with Franklyn Village just because a minority of their occupants are known to police and Corrections."

But the homeowner who researched the figures said she would like Franklyn Village to be a better neighbour and landlord, and be stricter on who they let in.

"I do recognise that finding accommodation for offenders can be very challenging.

"They deserve a second chance and somewhere to live, like anyone. This isn't about not wanting people with criminal convictions in our neighbourhood."

It was a New Zealand-wide issue, she said.

"We obviously haven't got enough places for at-risk people to live. New Zealand needs better facilities and places for mental health patients, people suffering from drug and alcohol addictions, struggling families and those transitioning from jail."