Conditions are treacherous in Kaimanawa Forest Park, where two men have been missing since the weekend, a search and rescue coordinator says. 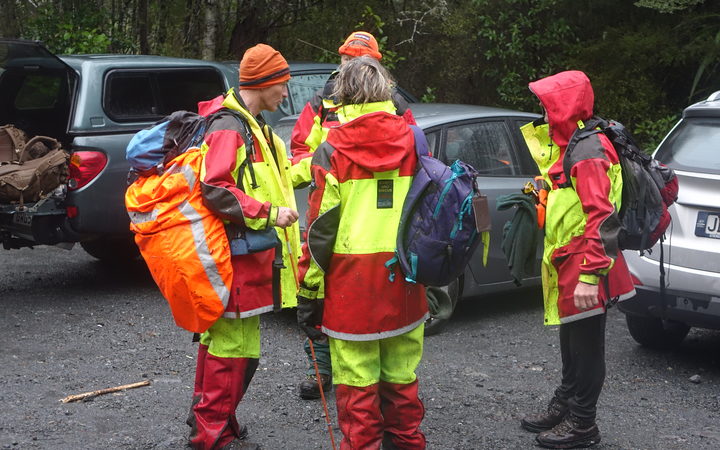 The men were fleeing police in a stolen car on the Desert Road on Saturday, but abandoned it on the boundary of Tongaririo National Park and entered the forest.

On Sunday, one called 111 asking to be rescued. Searchers found clothing on Tuesday believed to have been abandoned by the men, who were thought to be suffering hypothermia.

Mr Jones said anyone without the right equipment would find the going very difficult.

He did not want to speculate on the men's chances of survival but said he was still confident the search teams would be able to find them.

Senior sergeant Tony Jeurissen said about 50 Land Search and Rescue, police and Defence Force staff and volunteers had been trekking through the bush today in torrential rain.

"It hasn't been easy for them. They've been wet, they've been cold, they've had to keep moving, but the focus has always been to find these two young men and return them to their families."

People suffering hypothermia have been known to remove their clothes after becoming delirious.