The owners of a Bay of Plenty hostel have introduced a $50 bond for all New Zealanders following 16 major incidents on the premises this year. 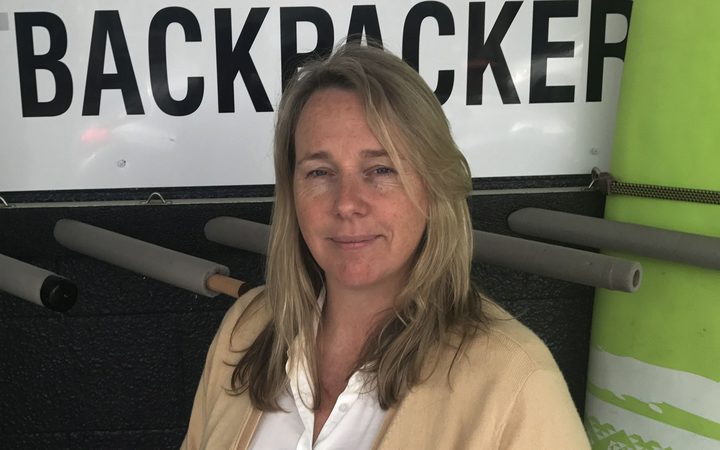 The owner of a Tauranga backpackers, Jo Veale. Photo: Supplied

All guests not travelling on international passports would be expected to pay the fee after a raft of unacceptable behaviour by New Zealanders, Mount Backpackers said.

Owner Jo Veale bought the business earlier this year and said she did not want to host New Zealanders after the poor behaviour, so they decided to charge a bond.

The hostel's cheapest room is $28 a night in a shared dorm and Ms Veale said she had asked WINZ to remove her business from its emergency accommodation list.

She said they had a difficult time when a mental health patient checked in one weekend.

"So you're kind of being lumped in with social services in the community ... and my employees are not trained in any kind of way - they're not psychiatrists."

To combat the issue, the hostel was charging a $50 bond to anyone without an international passport, she said.

'The same bunch of people going from service to service'

Local housing provider Tommy Wilson was sympathetic to the business.

"There is nowhere else for them to go - the holiday parks, the caravan parks - they've used up all those.

"We see the same bunch of people going from service to service, agency to agency, and they go further and further down but they're hard to work with because they're got so many issues - most of them drug and alcohol issues."

Mr Wilson, who is the chief executive of Te Tuinga Whānau, an organisation which has been housing the homeless for 26 years, said the booming kiwifruit industry adding to the housing squeeze.

Mr Wilson said his organisation has helped 35 families including, 60 children, in the past year.

"[But] you can't put services around them when they're on front lawns, caravans or the floor on the shed - it's impossible - so there is a really good opportunity to fix this problem when they're in a place where you can work with them."