Redundant Thames engineering workers waiting for pay a week on

One week on from the sudden closure of Thames engineering firm A & G Price, staff say they're yet to receive their final pay or any redundancy.

A recruitment drive was held at a pub in Thames today after A & G Price shut up shop without warning last Wednesday.

"We should have known something was up when the CEO retired and our foundry manager left all in the same week. They got their payouts and a week later the doors were shut and we got nothing," former employee Shane Egan said.

Mr Egan worked at engineering firm A & G Price as a furnishman for six years. He and around 100 others lost their jobs a week ago when the company announced it was in liquidation.

Jeff Bergersen had been associated with the company for more than 40 years including 16 years as foundry manager. His father, son and two brothers also worked there.

"I'm getting a lot older now so obviously retirement's on the horizon.

"I was 62 years of age on the day that they closed the foundry. And A & G Price would have been 150 years old as a company on that very day," Mr Bergersen said.

The Waikato Engineers Careers Association organised for employers to come to Thames today to talk to the staff about job opportunities in Hamilton.

Roger Evans from Stafford Engineering was one of those who came along.

"We're looking for two people for our business and we've got a staff of 60 and if we can find the right guys we'll hire them tomorrow."

An adult apprentice came to talk to him, he said. 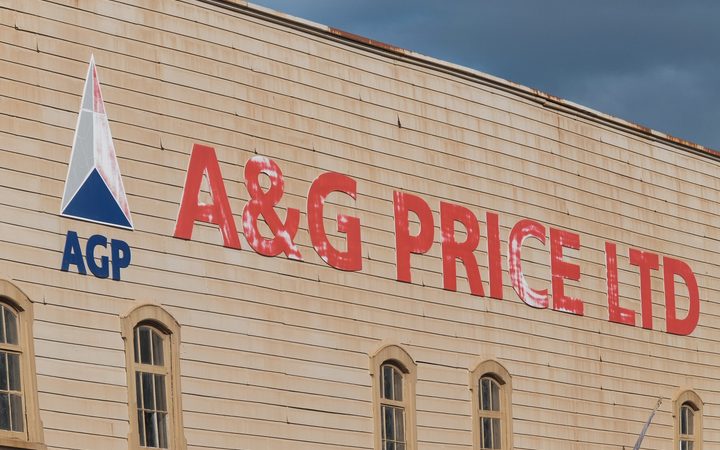 Shane Egan said he was now looking for work as a labourer and had been to WINZ every day since he was laid off.

"The longest thing has been trying to get the appointment to sit down with them to go through it. We just never heard anything. Finally yesterday I got told that my appointment is going to be tomorrow at 9am."

He said another former-employee is only entitled to $43 per week because his partner works a minimum-wage job.

Staff have yet to receive their final pay or any redundancy. He said he was expecting about $8000 or $9000 but many others were owed much more.

"The creature comforts have all gone that's for sure. It's just a matter of keeping the head above water at the moment. But we will find something it'll all happen. We would just really like some answers from the company as to what's happening and when. We haven't heard a thing since that Wednesday we got told to go home."

Ludwig Von Maltitz came from South Africa 10 years ago to take up a job at A & G Price.

"I was their senior metallurgist so I was looking at the foundry side of it. Looking at the metals, the chemical analysis, the properties being tested, the hardness, the heat treatment side of it. To a large extent the welding, the non-destructive testing, getting the castings up to standard, and getting the castings processed through the foundry as well."

Mr Von Maltitz and his wife purchased a house in Thames and have a mortgage. He said he had been looking for work but had been asked by receivers Ecovis KGA Ltd to return as a contractor for a few weeks to finish some castings which would be able to be sold to bring in some more cash to pay creditors.

He said he had seen two jobs in Hamilton that looked good at the event today.

Shane Egan was also hopeful he would find a job but said he would miss the camaraderie of his mates at A & G Price.

"We had a ball at work, we were always laughing and joking - a great bunch of guys to work with that's not going to get replaced, unfortunately."

In a statement the receivers Ecovis KGA Ltd said unpaid wages would be paid this week.

Liquidator Gareth Hoole said holiday pay and redundancy entitlements would be addressed "as and when" cash became available.

He said he was mindful of the financial pressure on the former employees and those payments would be made as soon as they possibly could.