State owned company Airways has apologised for "excessive and unacceptable" spending after it paid $11,471 for a farewell book for its outgoing chief executive.

The book was commissioned in May and paid in full last month, but until Checkpoint contacted Airways to comment today, it was business as usual at the state-owned air traffic controller.

But now Airways has launched an "immediate review", with interim chief executive Pauline Lamb labelling the cost "exceptional" in a statement. 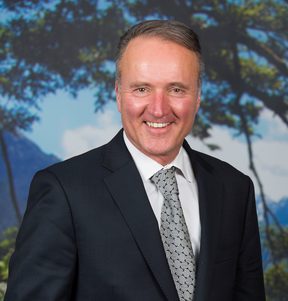 Christchurch creative agency Harvey Cameron was commissioned to design the photobook and print one sample and one final copy, to mark Ed Sims' departure as chief executive after six years in the job.

A detailed invoice obtained by Checkpoint explained the cost includes concept development, design and art direction, the photoshopping and cutting of images, the supervision of its production, and its dispatch by courier to Wellington.

Both Airways and Harvey Cameron refused repeated requests for an interview.

"I've issued the company with a 'please explain' and I expect them to sort it out and apologise," Mr McClay said.

Ms Lamb said Airways "takes full responsibility" and will "ensure that all staff understand their responsibilities around their delegated authority".

"Unfortunately the work was commissioned by a part of the business that does not usually commission design work and there was an error in judgement and process," she said in a statement.

She said none of the senior management staff were aware of the cost before the invoice was received, but David Tween, an associate professor at Massey University's school of management, said that would be surprising.

"I'd be surprised if they were not aware. If it came as a gesture from the management team then the board would certainly expect to be aware of that," he said.

Airways, in its own statement of intent for this financial year, said its key goals were to "be as profitable and efficient as comparable businesses and exhibit a sense of social responsibility".

Checkpoint approached design studios to ask if charging $11,471.25 for a farewell book was unusual.

Owner of Sanders Design in Auckland, Karl Burke, said within reason, Sanders provided them free as a courtesy to its clients.

"If it's been a client that we've known for a number of years and they've put work through us consistently, then it just seems a courtesy for us to help them out in that sort of situation without charging anything or too much."

Before his six years at Airways, Mr Sims spent more than a decade in various high level positions at Air New Zealand.

He left Airways to take up a position as executive vice president for WestJet in Canada. He wasn't able to be reached for comment today.

In 2009, Tourism New Zealand bosses were left red-faced after a Dick Frizzell painting was purchased as a farewell gift for outgoing chief executive George Hickton.

The painting, believed to have cost fractionally less at around $10,000, was approved by the board, but was blasted by then Prime Minister Sir John Key as being an "excessive expenditure of taxpayer money".

The board members were later asked to dig into their own pockets to pay for the painting.

Sir John said in a statement at the time: "The government is firm that it does not want a culture of extravagance in government departments and Crown entities."