An American family of six has been forced to leave New Zealand for not meeting financial visa requirements, despite owning a profitable business.

Steve and Nancy Jensen moved to Lower Hutt with their four teenage children in 2013, where they bought a café and a half share in the building it's in. 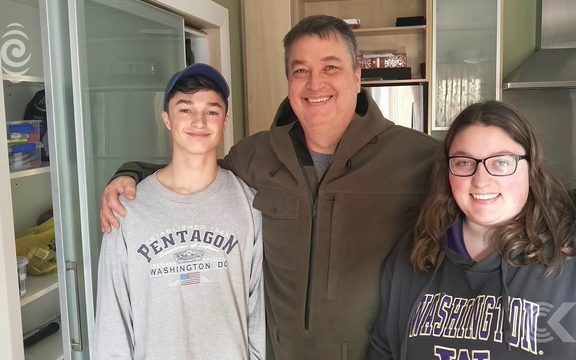 The Jensen family say it's the end of a chapter. Photo: RNZ / YouTube

The Java Point Café and Bistro made a profit and employed several staff, but the Jensens say because their profit margins didn't increase] an "unrealistic" 45 percent in that time, Immigration will not renew their visas.

"It's the end of a chapter. It's hard, it's really hard. The worst part is just what we did now, my kids left their friends, and that was really difficult to watch," Mr Jensen said.

"[We] felt part of the community...but now that feels as if that's been ripped out".

The family wiped back tears at Auckland Airport today before they boarded a 4pm flight to Houston, Texas. The four Jensen children are aged between 16 and 20-years-old.

"I pray and hope that this won't happen to anybody else because I would hate for anyone else to feel the way I feel now and having to leave their friends and loved ones," one of the children said.

An appeal currently sits with the Associate Minister of Immigration, Scott Simpson, but Mr Simpson has declined repeated requests for interviews or written comment.

He has also refused to give even an estimated timeline for when the Jensens can expect a decision.

Despite that, they remained hopeful of a last minute reprieve, and said they would return if allowed.

"New Zealand's been really good to us."