Rough sleepers in Auckland will continue to die unnecessarily this winter unless shelters are setup across the city, a church support worker says.

Keith Johnson, 57, died in his sleep on a bench at the St Peter's Anglican Church cemetery in Onehunga in the early hours of Saturday 1 July.

The bench had been his home for four years.

Pesa Wilson of the New Hope Fellowship said every suburb should have a place for the homeless to stay at night and keep out of the elements.

"My friend Keith died in the elements ... he went out the door and I never saw him again."

Mr Wilson's comments come a day after the Auckland City Mission said it could not cope with demand, and as Te Puea Marae in Mangere prepares to open its doors for a second winter. 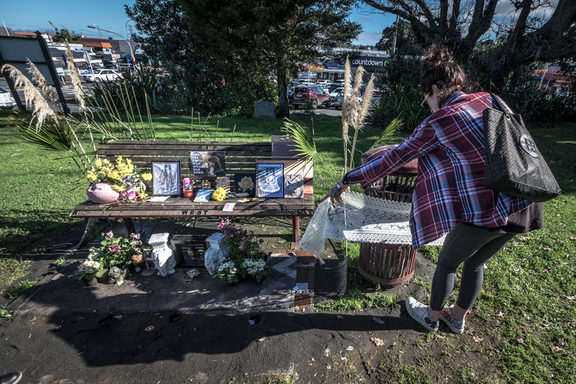 The daughter of homeless man Keith Johnson wraps material around the rubbish bin in St Peter's cemetery in Onehunga where they have made a memorial. Photo: RNZ / Brad White

About half a dozen men sleep at a public toilet block less than 100m from Mr Johnson's bench.

And at least one man sleeps in his car in the carpark nearby.

"When it's stormy at night or when it's raining it really gives me nightmares," Mr Wilson said.

"I worry about the guys and girls out there because when you have a relationship with these people, you have a connection."

Mr Johnson was beloved by his community. Outpourings of grief have been posted on social media.

His daughter, Kannon, said he had made some mistakes and some bad choices, but was a loving father who did not get the help he needed for his alcoholism.

"It's too easy for people like my dad to just have a bad thought or bad moment [and relapse].

"Especially with people like street alcoholics, there's no real support there for their addiction.

"Everyone is trying to change the homeless epidemic by putting them into housing, but that's not the main part, the main part is addiction."

The New Hope Fellowship offers budgeting advice, counselling, food, and a gym where both young people can work out and stay out of trouble, and the homeless can shower.

Mr Wilson said most of Onehunga's rough sleepers have used the facilities "at least once or twice".

"Something Keith said really stuck with me, [Keith] said, 'Pesa, all I want for people to do is, I'm not asking for money or this or that, I just want them to treat me as a human being, that's it.'

"And isn't that what we all want?" 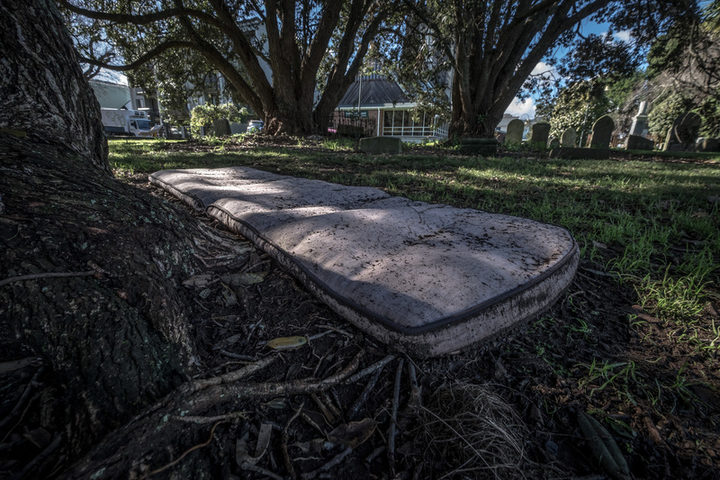