In 2015, Patea Area School was under statutory management and one of the poorest performing schools in the country.

But in a little over a year its roll has almost doubled to 160 students and it has achieved 100 percent pass rates for NCEA Levels 1 and 2.

Bells signalling the beginning of the day and break times are a thing of the past at Patea Area School, but if you are lucky you might hear some Katchafire tunes in class.

Its principal, Nicola Ngarewa (or Whaea Nicola, as she is known to the students) said doing away with bells and timetables encouraged the students to take responsibility for their own learning.

Work areas are designed to foster collaboration, and under broad topic umbrellas, older students plan their own curricula aligned to their interests or ambitions. 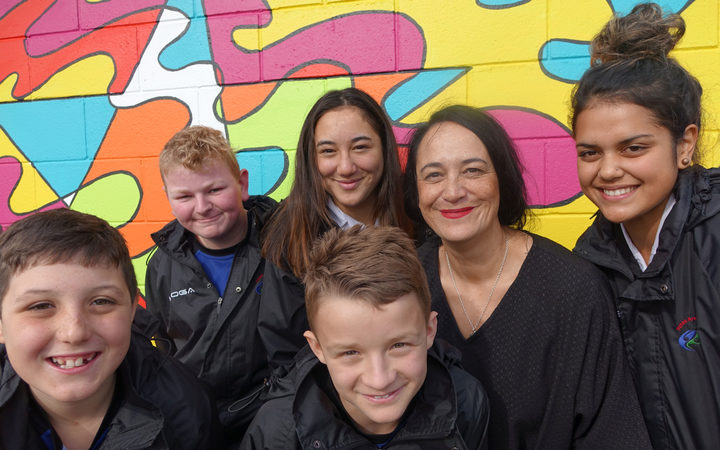 Ms Ngarewa, who is a Patea old girl, said the existing school model in New Zealand was almost a century old and designed for the adults in the system and not the students.

"The truth is what we are doing here, particularly for the older kids, is we're challenging the secondary system. I truly believe it needs a good shake upside down on its head.

"We all, as leaders of education in our country, should be questioning what we're doing, who's it best serving and how can we make sure our kids are ahead of that 21st century or ICT (information and communication technology) eight ball?"

Patea has an average income of $17,000 a year and many of its students face challenges at home. But Ms Ngarewa said the school, which teaches Year 1 to Year 13 students, did not let that hold it back.

"We're the only school in South Taranaki that has a Mandarin language assistant teacher so Mandarin is a language that is taught here.

"And alone last year for a small school we had a group that worked at an orphanage in Fiji and a group that went to the other extreme to Silicon Valley and Stanford University." 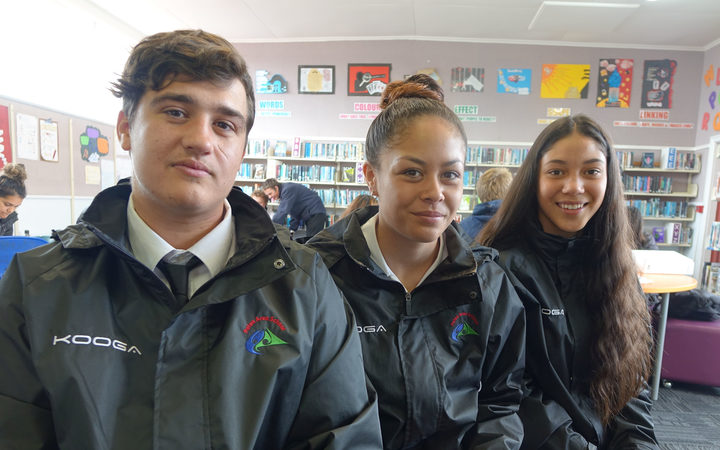 Year 13 students Javaan Taylor, Justice Graham and Charlotte Stark say they have been able to structure their learning around their interests. Photo: RNZ / Robin Martin

In Kat Haerewa's classroom there were children reclined in hammocks, nestled in beanbags as well as sitting at desks

She explained what they were up to.

"We've got Year 7 and 8 here and you'll see they are all in different learning spaces.

"They've chosen the space they would like to work in ... [the] space they'll be most productive in.

"They're doing their 'impact' projects at the moment so they're all kind of working on different things.

Kelsey Roxborough, 11, was busy working on the chicken coop project and had two devices on the go.

"Here I'm emailing the chicken people for them to donate some chickens so I'm writing a letter to them and then here I've got a photo of my chicken hutch that I'm building.

"I've just bought it and I'm going to build it when it arrives." 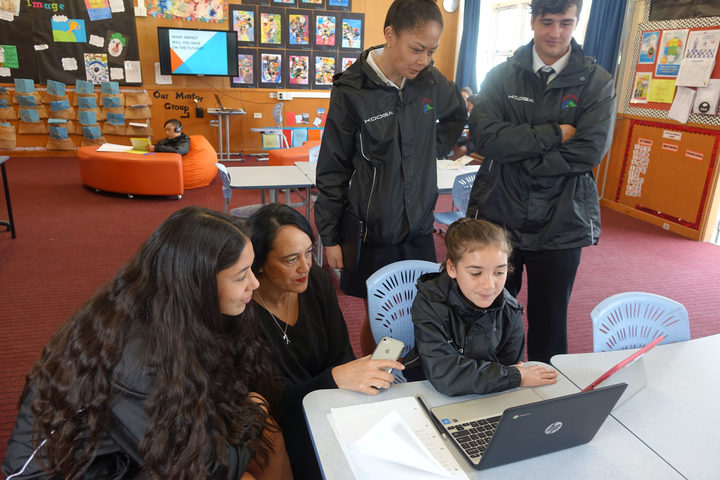 Year 13 student Javaan Taylor said eventually he wanted to own his own restaurant and had structured his classes to suit this, including spending one day a fortnight out in the community.

He said the school had completely transformed itself.

"When I first started I was quite scared because it was Patea Area and it had a bad reputation, but as the years went on the reputation has completely turn around and now it's a school that people want their children to get into.

"A lot of people used to go to Hawera, Waverly, even Whanganui. They've all come back."

As well as improved academic results, Ms Ngarewa said stand down and suspension rates at the school had plummeted and attendance was up 15 percent.

In another sign of growing school pride, when offered the opportunity to choose their own uniform the senior boys opted for formal attire, much to Ms Ngarewa's surprise.

"I would never ever have guessed that that would be the choice that they would make and that's a really loud and clear message for everyone isn't it.