New figures show 162 people filed a claim with the word "avocado" in the injury description to ACC last year.

The majority of the claims were from people cutting or stabbing themselves while trying to remove the fruit's stone, said Meredith Simcock, a reconstructive plastic and hand surgeon at Middlemore Hospital in Auckland. 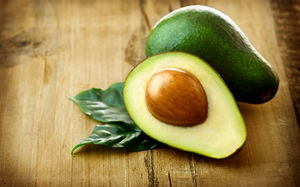 Dr Simcock said patients could sometimes lose feeling in their fingers for life.

"They tend to come in at the weekend after barbecues. They come in with a towel wrapped around their hand and their tail between legs, and if it's later in the afternoon a bunch of mates who laugh at them quite a lot."

In Britain, the Association of Plastic, Reconstructive and Aesthetic Plastic Surgeons has called for safety-warning labels to be put on avocados, after becoming frustrate with the number of avocado-related injuries.