Emergency housing providers instructed not to talk to media

The Ministry of Social Development (MSD) has apologised to emergency housing groups after one of its managers tried to gag them from speaking to the media. 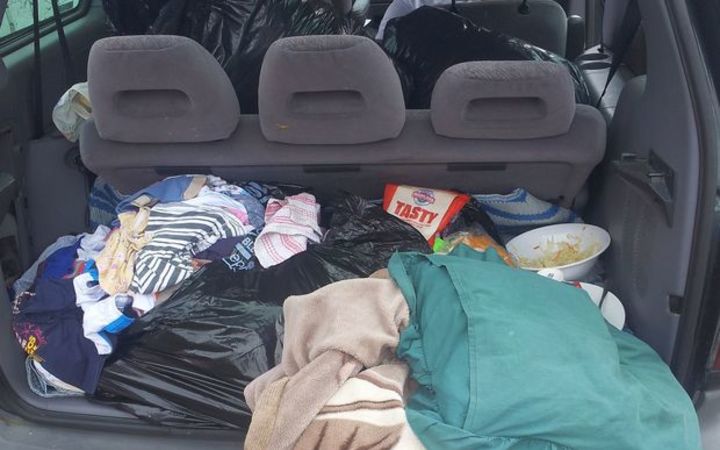 A file photo shows a car being used as temporary housing: Emergency housing providers say they often provide a voice for the vulnerable. Photo: Supplied

Some providers received a directive from the ministry last night, telling them not to talk to media without first talking to it.

The email stated: "You will be aware that emergency housing has been a key area of interest in the media recently and is likely to continue to be into the future. Understandably, it is critical that the Ministry is advised of any media coverage that arises and we need your support to do so.

"If you receive any contact from the media, you should explain that you will need to consult with the Ministry prior to any response being given. All requests received by your organisation for media interviews or information must be immediately referred to your Regional Contracts Manager."

Emergency housing providers spoke to Checkpoint with John Campbell on the condition they remained anonymous, as the directive did not tell them what the repercussions would be if they did speak to media without the ministry's consent.

"I felt it was an intimidating letter, and felt it smacks of political interference that MSD had been directed by the minister to shut us down," one provider said.

"The letter becomes intimidating, because we don't know might happen, so it's not in good faith."

Another provider said it clearly embarrassed the government every time homeless stories appeared in the media.

"It's worrying that we only ever speak the truth and we're often the voice for people who are unable to speak up or be heard themselves."

After Checkpoint asked the ministry for comment on the email, providers received a call from ministry staff telling them it had all been a mistake.

The ministry declined to be interviewed, but said it was aware of an "unapproved email". Social Development Minister Anne Tolley's office also declined an interview, saying it was an operational issue.

The ministry provided Checkpoint with a statement from regional commissioner Eru Lyndon, saying 10 providers had been sent the email.

Each provider had been contacted, received an apology and told the email did not represent the ministry's position, the statement said.

It said a well-meaning staff member sent the email in good faith, but did not check with others before doing so. Staff in the contracts team were told that, like every New Zealander, MSD providers had the right to speak with the media.

The ministry said it was considering if there would be any repercussions for the manager who sent the email. 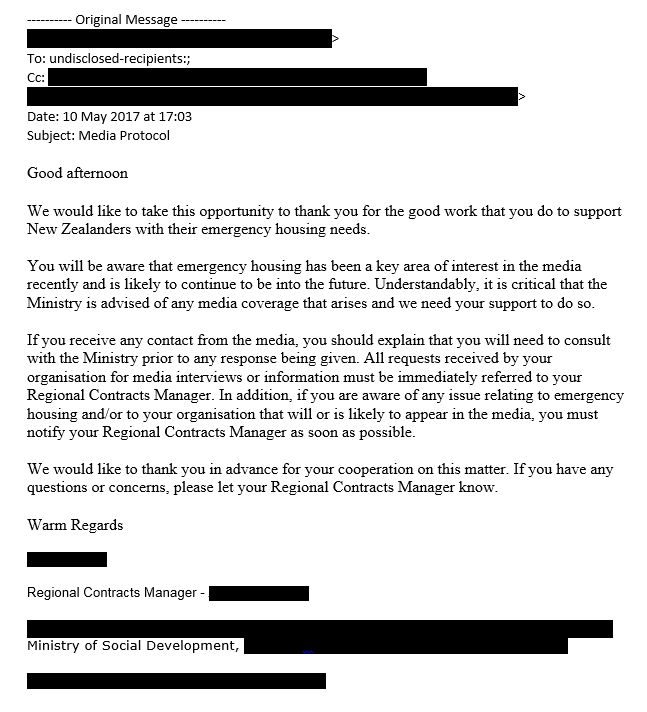 The email sent out to a number of emergency housing groups. Photo: Supplied