A South Auckland shop owner who says he was robbed seven times in one week is one of many complaining they have lost faith in police to defend them.

Tara Bains owns the McKinstry Street Superette in Mangere, and told Checkpoint with John Campbell this afternoon he had once been robbed seven times in one week.

He said that within half an hour of being interviewed this afternoon, a man with a gun had entered and demanded money.

The man fled when a customer walked in, but Mr Bains said police had taken more than three hours to arrive.

He was considering selling the superette, he said, after already having sold a liquor store he owned in Clendon due to crime.

Another man, Sunny Sahota, who owns two liquor stores in Ōtāhuhu, said he was robbed at least once a month.

Mr Sahota said he called police after being robbed last night but nobody showed up. 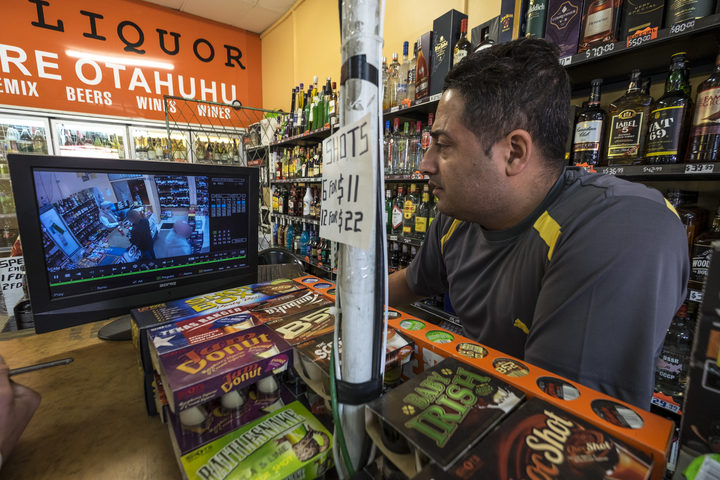 "They are saying 'not any police officer free at the moment' from incident last night.

"No one called me after that and no one contacted me about, you know, 'you got CCTV and can we see this or nah'."

Mr Sahota said that even if police did show up, they sometimes told him not to speak to media.

"But I'm capable of giving you the interview because I want something to come up into the media, otherwise something on the street happens that's not coming up in the media either."

Police said no instruction had been given not to speak to media and the only time it was suggested was if the information could jeopardise an investigation.

Mr Sahota and Mr Bains were both part of a new collective, the Crime Prevention Group, aimed at protecting shopkeepers.

"If police don't help us, if the government doesn't do anything against the crime, then we have to defend ourselves, we have to do something," Mr Sahota said.

Police said they were looking into their burglary response times and would respond tomorrow.